Q: How do these machines work?

A: This class of machines is called CNC-machines, where CNC stands for Computer Numerical Control. The machine has either a laser or knife that is operated entirely by computer, cutting or burning the desired shape. 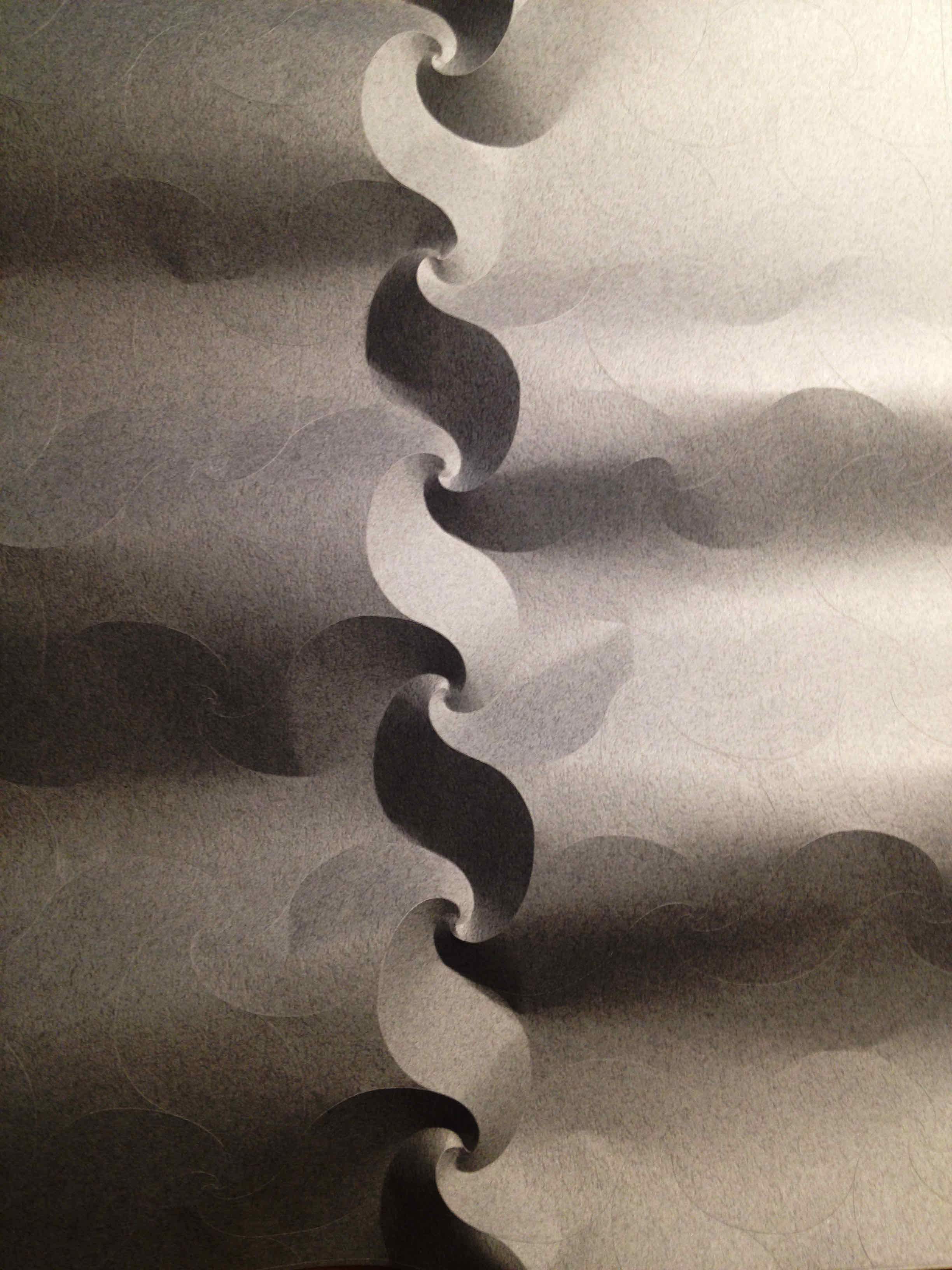 
Q: Do you all use the same machine?

A: No. Artists are using different machines to pre-crease, and the prices vary a lot. There are laser machines of varying sizes (e.g., Epilog), industrial vinyl cutters (like Graphtec), or plotters. I use a desktop cnc-cutter (Silhouette Cameo 2), originally sold for scrapbooking. You can buy it at Amazon for about $200. Yes, it’s about the same as an origami convention registration fee. If you have a Maker space near you, you can ask if they have a laser cutter or vinyl cutter.

Q: How does one of these machines score the paper?

Different machines work in different ways. Industrial machines can score the paper the same way one scores by hand: by pressing a rounded tip sharply into the paper, forming a dent on the paper that makes the paper tend to fold at that location. Vinyl cutter-type machines have a knife blade that makes a shallow cut that does not go all the the way through the paper, making it fold relatively easily along the cut. Laser cutters ablate the paper—that is, they burn away some or all of the paper and can work in one of two modes. One can adjust the power level so that they burn away just the surface layer, like a knife-based cutter, cutting only partway through the paper. Alternatively, they can be programmed to perforate the paper: burning many tiny holes in the paper, forming lines that are easier to fold by hand.

Q: Does it pre-crease mountains and valleys?

A: Generally not. Mine actually cuts only on one side. As far as I know, only Chris Palmer has access to a machine that can work on both sides of the paper. While one can usually fold a scored line easily in either direction, generally there is a preferred direction of folding. With knife-based cutters and lasers used in partial-ablation mode, the paper usually folds more easily away from the side that is marked. With perforation, the folds are genderless; they fold equally easily in either direction.

Q: If I buy a machine, would I have the same perfect curves as you?

A: Yes and no. If you can make good folds now, you will be able to make better folds with the machine. If you are struggling now with easy things, the machine won’t help you. After all, you need to collapse the pattern, and here your own hands and skills come into action. I have seen people struggling with my pre-creased sheets. A machine is not a panacea. And everybody surely needs practice.

Q: What is the process of creating origami with the machine?

A: 1. First you need to have a design to fold. Then you need a vector crease pattern of the model. Vector here means that the curves in your file are represented not as a bitmap, as an array of dots (like in a photograph: bitmap formats include bmp, jpg, png, gif) but as mathematical curves defined according to some formula (these include file formats like dxf, ai, eps, and obj). There are also container formats, like pdf, which can contain either bitmap, vector, or a mixture of both.

To get this vector CP you can either use a special origami tool (like Jun Mitani's ORI-REVO) or Oripa or general-purpose commercial vector image editing software (like Adobe Illustrator, or AutoCad, Inkscape, or Affinity Designer). Some cutting machines work directly with vector PDF files.

Next you need to find paper that works with this cutting machine. If it’s a laser machine, you probably can use any kind of paper (and even non-paper materials like Mylar, wood laminate, and pressed composites).

With a cutting machine, though, the paper cannot be too thin. I usually use Tant paper for its strength, thickness, texture and price. Elephant Hide should also work well, but the price is higher. Some people use watercolor paper or even polypropylene. If you are searching for the latter, try Yupo, a foldable polypropylene. Just note that these materials might be thicker than you expect.

Q: Is it possible to make curved folds without machines?

A: YES! I started designing without any mechanical aid. This is the album of my old works, where I only used a compass and templates. Can you tell the difference from this album. Moreover the hand-scored paper has a huge advantage; you can have mountains and valleys, and you don’t need to reverse anything. And the paper won’t break anywhere, as may happen with machine-scored paper.

Q: How can I fold/design without machines?

A: You need to make cardboard templates and use some kind of dull needle. Some modeling tools or prickers are fine. (Robert J. Lang recommends a burnishing tool, used in the past for transfer lettering, for manual scoring.) If you have a PDF file, you just print it, glue the curves to more resistant cardboard and get your customized French curve. Oh yes, you can always help yourself with French curves, too!

Q: Why would you use the machine, if you can do without?

A: There are two reasons. First, well, I am not accurate. I do make many mistakes. If you are making a modular, you can discard the bad unit and fold one more. You cannot discard a piece of tessellation. That’s why I avoided tessellations for many years, because I became frustrated by my mistakes. And the second reason is that hand scoring is time-consuming. I have too many ideas, and if I hand-score paper, I won’t make much progress.

Q: Why does everyone keep silent about machines?

A: Well, now many people know about them. At the same time I have heard what people who don’t use machines would say about people who have, that machines do everything for them. I've seen people discussing the other person, and I could only add “I use it too. Buy one for yourself and stop judging...” I have also seen people lose interest when they hear I (or somebody else) have used automated pre-creasing. But even if you use a computer to help you, you still need a lot of inspiration and mastery to create a good design. And you still need your folding skills to collapse it. Personally I would be happy if more people have those little helpers, because then I could make a book with tessellations that everyone could fold with less hassle.

Here is a partial list of artists and the scoring machines they use.

Kate has posted an even more detailed, v. helpful article about cutting machines on her blog: https://blog.kusudama.me/2017/09/19/cutting-machines-faq/

Would it be possible to prescore with other silhouette cameos or industrial laser cutters such as Glowforge? In my household we have both and my mother keeps offering to let me prescore and cut paper with the silhouette cameo 3...

I've got a cameo 3 and it works, but I find the sticky substrate a little tricky to use, especially with thin paper.