Reflections of an OrigamiUSA Board Member

Last year, I was asked if I would be interested in running for a seat on the OrigamiUSA Board of Directors. I had never envisioned becoming a member of any board, much less the board of OrigamiUSA. My thoughts were, “Me? What do I have to offer? I’m not a creator, author, or origami dignitary. What could I bring to the table?” Nonetheless, the idea was intriguing. As an empty nester that recently retired from teaching, I found myself with the time as well as the desire to give back to an organization that has given a tremendous amount to me over the years. I helped organize PCOC 2013 in Albuquerque and really enjoyed the experience. I just wasn’t sure that being on the Board of Directors was the best path for me to give back to the organization. I had also heard rumors that being on the board could be a frustrating, negative experience. Hmmmm... not a particularly glowing review, but the one thing I did bring to the table was positive energy; I like to work. Could I make a difference?

To make a long story short, in 2014 I decided to run for the board, got elected, and surprisingly I’m having a great experience! I admit that being a new member of the board has been frustrating at times, but I found that there were many ways I could offer important help. For example, as a remote board member I found it discouraging to participate in board meetings online while the majority of the discussions seemed to be taking place between the local board members physically present in the OrigamiUSA home office in NY. No one intended to make remote members feel excluded, but the way we were running meetings made it easier for local members to be heard. Hesitantly, I expressed my concerns with the rest of the board, and to my surprise, the board adapted quickly to address my concerns. We now hold board meetings exclusively online so that remote members do not feel at a disadvantage. I was amazed at the difference it made in my ability to participate in the conversation, and I felt that my voice was being heard.

I have seen real, positive changes in the short time I have been on the board, in many areas of the organization. Am I the reason? Absolutely not! Change comes from the collective group working together to move forward. That is what a board of directors is about. During the past year I’ve learned a lot about teamwork and listening to different points of view. When members of a board listen to each other, then the organization can grow and thrive under their leadership, and I do feel the current OrigamiUSA board is this kind of board. 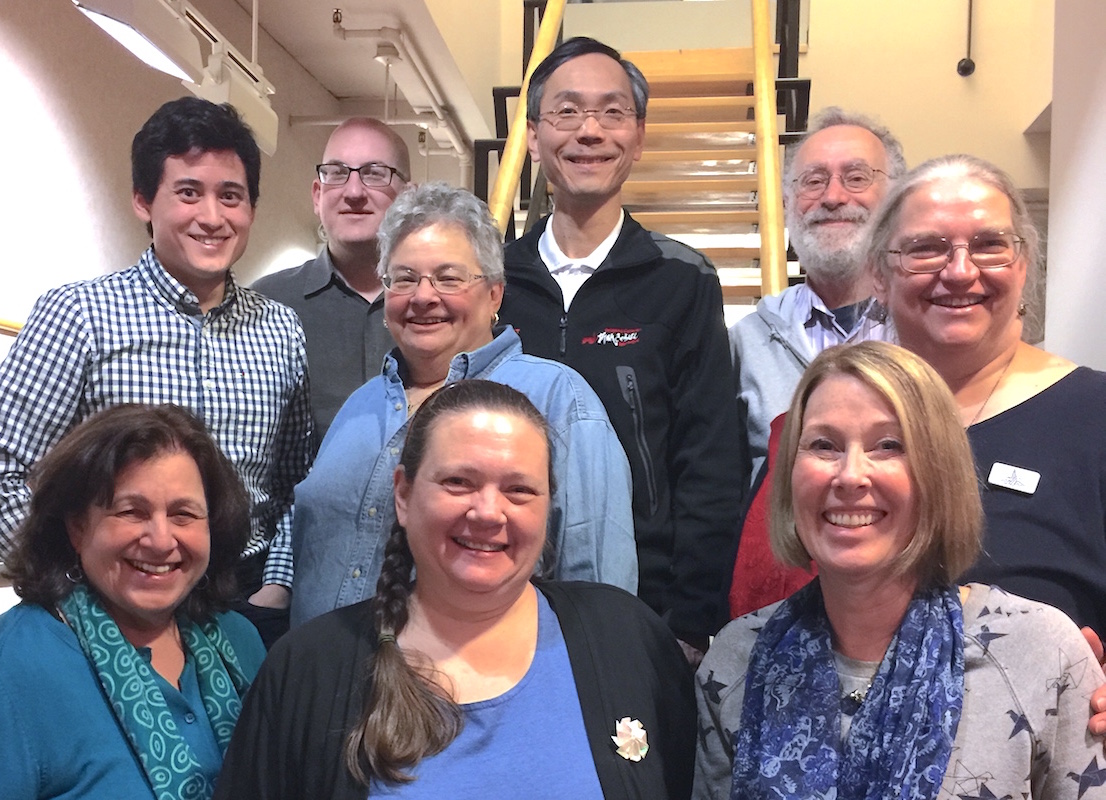 Recently, I attended a retreat for the OrigamiUSA Board of Directors in NYC to plan for the future of the organization. I was shocked to find that even when we had down time between discussions, we all still wanted to focus and continue to work. It may sound sappy, but it is really true that each member of our board is committed to forming a good and effective plan for OrigamiUSA, an organization that is really important to all of us.

And this is the reason I wanted to write this article for The Fold. YOU! We need YOU! As you may know, OrigamiUSA is an organization run by volunteers. Each board member is a volunteer who wants to help OrigamiUSA support origami around the world. Like me, many of you have important strengths and skills that can be brought to the table but may have had a bad experience or heard bad stories about OrigamiUSA in the past. I’m here to tell you that things can change. Things have changed, and you can help bring about more positive changes, the changes you want to see in the organization.

We need committed, energetic volunteers and board members. Is it your time to give back and pay it forward? Think it over. We all love origami! It’s our cause! If you want more out of OrigamiUSA, we need your help. We need YOU!

The call for nominations for the OrigamiUSA Board of Directors will open in February. When it is announced, please review the Election Details page to submit a board member nomination, or visit the Elections page for more general election details.