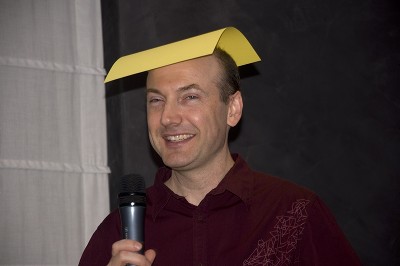 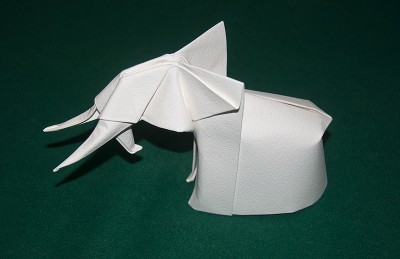 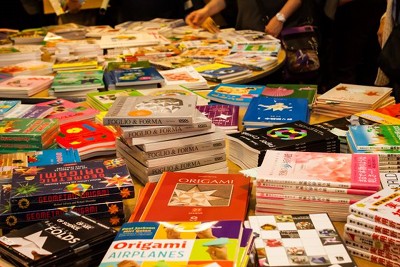 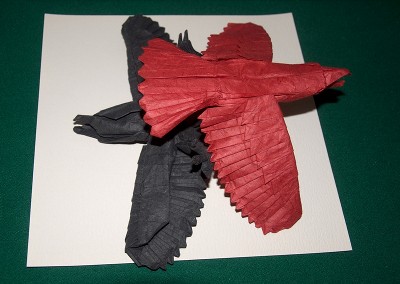 Double Eagle by Alessandro Beber - from one sheet of paper! (image - Garibi Ilan) 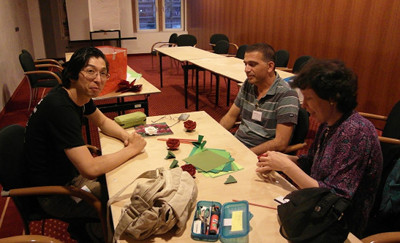 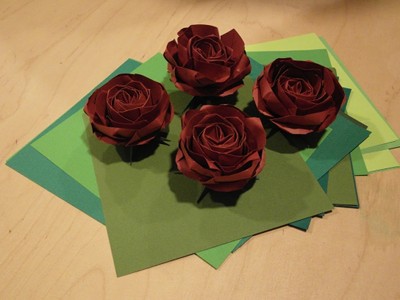 Naomiki Sato showed us how to fold these beautiful roses (image - Dasa Severova). 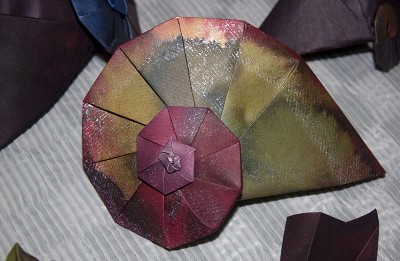 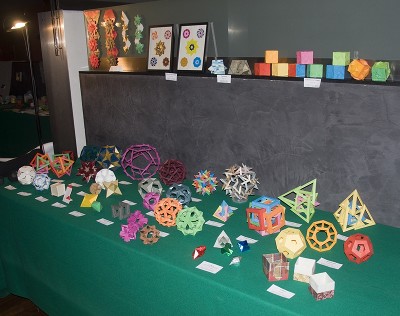 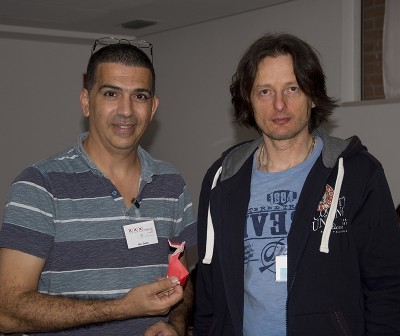 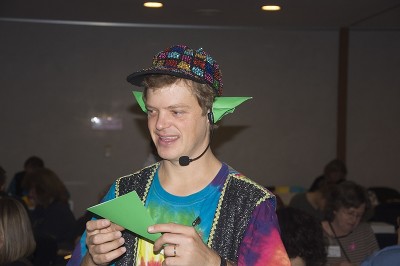 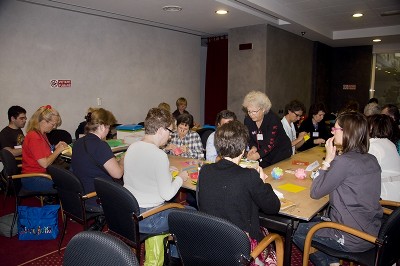 Before I took off to Milan, Italy, I read an article about a monk, who is supposedly the happiest person on earth. Scientists measured his Alfa brainwaves and discovered his numbers are way above all others they measured. "Well", I thought to myself, "he is probably asleep now, and I am heading to the 30th CDO origami convention in Vicenza, Italy; so the first place is now mine!!!" That was 5 days ago, and now, here I am back in Israel, again in second place, trying to explain to you how going to the Italian convention is the best in the world. Where else can you meet a bee keeper's family, a paper painter/banker, a robotics expert, a math professor, and a brilliant child (aged 14) named Stephano, all with the same passion? What else can bring a Japanese rose lover from France, an Israeli contrabass player from Germany, and the potential president of the International European Origami Association all to the same hotel, in a small town in Italy?

The trip back to Israel took more than 12 hours, so on the way back I managed to purify

The 10 Steps Guide to a Perfect Convention

It's all about the people

Bottom line and above all, convention is about the people. For some reason (or perhaps for the nine reasons above) all the right people came to this convention. The mix of folders from twelve countries and three continents created a never-ending stream of sparks when folders met each other, spoke, shared, learned, and laughed together.

Matthew Gardiner approached me and wanted to talk. He is an artist most known for his work with origami and robotics, called Oribotics, and meeting him was one of my best moments of the convention. We discussed my metal origami tessellation and he shared with me his technique of pleating fabric. A whole new world of opportunities opened to me just like that!

Naomiki Sato is the son a botanist. His admiration of roses became his main passion in origami. His classes lasted three hours and always while I was giving my own classes. So I had to go undercover and ask for a private, speed-folding, off-schedule class. And yes, some chocolate bars had to exchange hands, but he agreed with a big smile, happy to see yet another admirer get on his knees. When talking to him after this class, I realized how unique and inspiring his way of doing things is: the meticulous refining of the small details, the reality he seeks to achieve, the passion with which he talks about roses and their properties, the amount of love he puts into each one and mostly, and above all, his willingness to share all of that.

I spent a whole lunch with Hilli Zanz, a banker that paints pattern on papers. She wants to make a living out of those papers, and I helped her with the first buy. I just couldn't bear not having them.

I had a laughing explosion with Dasa Severova, Robin Scholz, Alessandro Masiero, and Ricardo while trying by best to make a normal, expressionless face.

I was almost nominated as the President of the International European Origami Association by Krystyna and Wojtek Burczyk, but then breakfast was over and they just went down to fold before giving their final approval.

Francesco Mancini once again showed me his wisdom and generosity by giving me yet another origami-mechanical puzzle hybrid he folded. Speaking of mechanical puzzles, I met my soul sister who came all the way from the USA: Marti Reis, an origami enthusiast and collector of origami puzzles. Well, so am I! There's no better way to come back from an origami convention than with some puzzles as giveaway gifts!

Tom Hull gave me two new ideas for my Origami course. I taught Jeremy Shafer a magic trick with two rubber bands. József Zsebe gave us a post midnight fox class. And then there was this lady from France, who told me whenever she gets the BOS magazine she just loves to read my paper reviews. Now that made me smile for a long time!

On the third day of the convention I stopped for a moment and raised my head. On the far right a guy, dressed as a clown with green paper Elf ears was teaching 20 guys to do the same. Another guy was giving away Ferrero Rocher chocolate balls, asking people to eat them, so they can fold a dress from the wrappers. I myself was folding for the 15th time the same unit for a modular twist ball, after seven hours of folding other models. And it all just seemed normal. "This is the life!" I said to myself, and picked up the 16th paper. I just love Italian conventions!