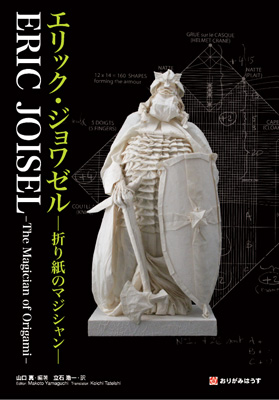 Those who have studied the work of Eric Joisel cannot help but be in awe of his unparalleled abilities as a paper folder. He was a true artist and a master of origami. With his passing in October 2010, the international origami community lost a leading advocate endorsing origami as a fine art, an unrivaled designer in technique and improvisation, a master of shaping and sculpture, and one of the most memorable personalities in our field. Many in the OrigamiUSA community knew him quite well, and you can read their reflections in the In Memorium section of this website.

While I was fortunate enough to meet Joisel on a number of occasions, I cannot claim to have known him well enough to give him a proper eulogy. What I will say is that he was, and continues to be, one of my greatest inspirations as an origami designer. I continue to learn from his works and methods, many of which can be found in his book, Eric Joisel: The Magician of Origami. This book was published postmortem by Origami House who collaborated with Joisel during the last two years of his life in order to create a record of Joisel's time spent as an origami artist. While most origami books teach you how to fold origami, this book teaches you how to think and philosophize about origami from the perspective of a master.

To start, the book itself is of the highest quality. Those who already own books published by Origami House can expect the same high quality format as their previous publications. I believe this is only their second hardcover book ever published. In contrast, while their first hardcover book, Origami Fantasy was brown and unmarked without its dust cover, this book has the dust cover material printed in black and white on the book itself, allowing for elegant presentation with or without the dust cover. The inside of the book is written fully and completely in two languages, Japanese and English, and is split up into four sections:

The majority of the book is a beautiful pictorial encapsulation of Joisel's many works: a fantastic reference which doubles as a unique coffee table book. This first section is split into five parts that chronicle five areas of concentration in Joisel's career designing origami. Part 1 depicts his animal models; Part 2 depicts his human models, starting with his masks and progressing toward the full human form; Part 3 depicts his musicians composed of his orchestras of dwarves; Part 4 depicts his barbarians from the inspired world of The Lord of the Rings among others; and Part 5 depicts his unfinished Commedia Dell'Arte series.

What makes this book stand out from all other origami books however is the second part of the book. Its essays and interviews provide a glimpse into Eric Joisel's philosophy of origami in terms of art, sculpture, complexity, perspective, expression, and design. Interspersed with the photos and text are reproductions of Joisel's own hand-written sketches and crease patterns for his models, straight from his notebooks. These sketches will prove invaluable to a serious student of Joisel's work. This section also contains personal reflections by Robert Lang, David Brill, and Makoto Yamaguchi.

My favorite essay in the book concerns Joisel's unfinished series Commedia Dell'Arte. His project was to fold personifications for each of the seven deadly sins from the prototypical characters of the Commedia Dell'Arte, a sixteenth century form of theatre in Italy. Inspired by Dante's The Divine Comedy and the elaborately textured costumes of the time, Joisel describes this project as "his life's work." It is truly inspiring to see Joisel as an origami artist unburdened by the technical limitations of the paper, creating subtle allusion, artistic expression, and meaning with a clean white sheet of paper. For me, Joisel embodies origami as fine art, and this book gives a fascinating glimpse into his world.

This book can be purchased directly from Origami House's website for 5,480円, or about US$65. 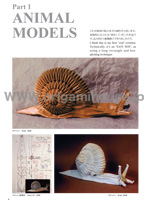 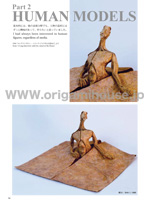 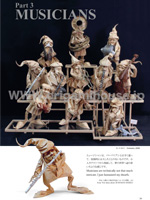 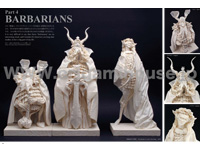 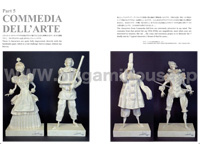