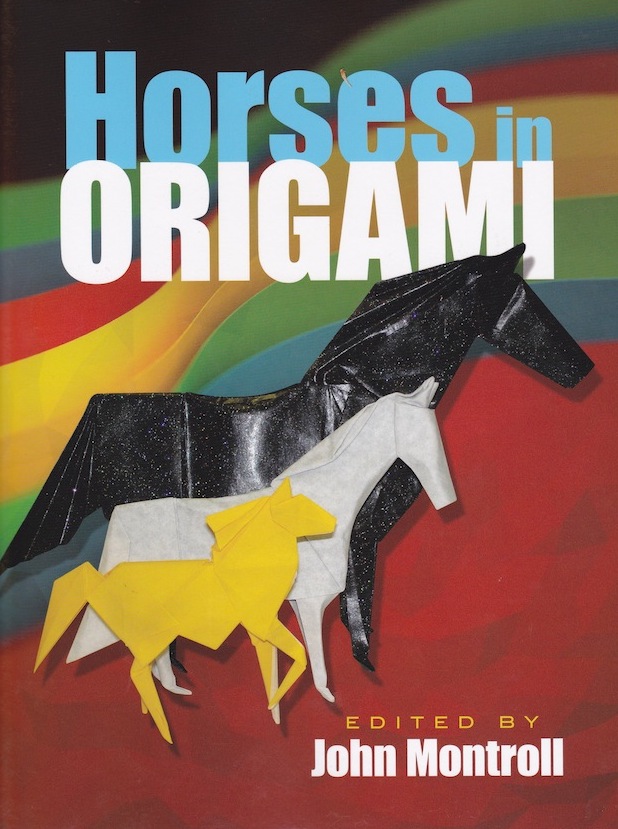 John Montroll, one of the best known origami designers in the world, has published a number of themed origami books, including Origami Under the Sea, North American Animals in Origami, and Origami Birds, to name just a few. This time he has taken the idea to the extreme and edited a book dedicated exclusively to origami horses. How is it possible to make a whole origami book with one subject only? Well, we origami people know that not only is it possible, but there are dozens of origami designs depicting every popular animal you can think of, and horses are particularly popular.

It must have been really complicated to choose a selection of good origami horses out of the many origami equines and the like in existence. The criteria for this book seem to be, among other things: good horses and good origami, so the models not only look good but are good to fold.

The book is divided into four sections with several models each: Horse Objects, General Horses, Fantasy Horses and Horse Breeds, showing only a small sample of the infinite possibilities of depicting this animal.

Under the Objects section Sy Chen presents a pop-up horse card, a nice and quite simple and effective model folded in only 17 steps. Then Evi Binzinger offers a colorful horse bookmark in her attractive neat and highly foldable style. This is a very accessible model starting with a bird base.

In the Classic Horses section we find the fantastic and precise ponytail pony by the reflective Koshiro Hatori. Later the well known “Redpaper” offers a simple and playful geometrical horse based on triangles. The mind-crafted horse by Robert J. Lang, of intermediate complexity, is made from a variation of Montroll´s origami “dog base”, rendering good proportions and long slender legs. It is definitely worth a try (or more).

Davor Vinko (you may know him from a superb little 3D Owl he designed some time ago) has what may be the best looking horse in this book. This trotting horse has a very light quality, almost as if it were made from two pieces of paper (which it's not!) The model is very versatile, and the folder can play around with the position of the legs.

The next horse is a beautiful poetic rendition of the animal by Fabian Correa. The figure presents a long curved tail and neck, giving the impression of a flowing mane. In a side note, if you look carefully, the horse in the picture is folded from Fabian's very own hand-made banana fiber paper.

Now comes a figure by one of my favorite Japanese designers of the young generation, Gen Hagiwara. Made with “book symmetry” and based on 22.5 degree angles only, his horse is complex and very attractive for hardcore folders.

The Fantasy section starts with Jacky Chan's super cute pegasus, and you will want to fold it. It is simple, with color changed mane, tail and snout, all this in 20 steps. Great value for your folding time! The unicorn, my creation, is a relatively recent model of high intermediate difficulty. I think the proportions came out quite nicely and hopefully you'll enjoy folding it. A centaur by talented Peter Budai closes the chapter.

The Horse Breeds section is entirely designed by the endlessly resourceful editor of this book, John Montroll. He created mustangs, Arabs and a thoroughbred, a very complex Paint with color-changed spots and a few other breeds by subtle changes in the proportions of folds. My personal favorite is the origami Lipizzan that shows the elegance of the breed. Montroll also created models for the other sections, a second Pegasus, a rocking horse, a horse and rider, a dollar bill horse, just to mention a few. 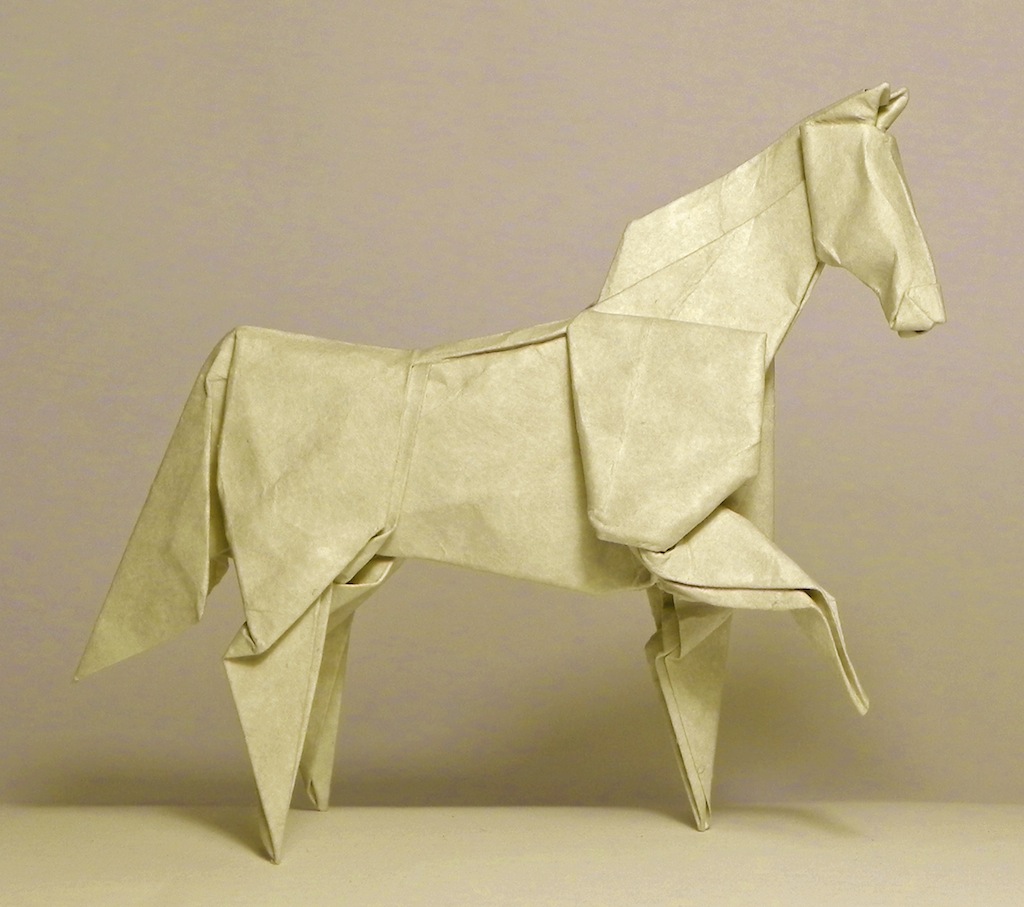 Probably another ten books could be written on the very same subject, and there would still be nice horses to spare. I believe this book doesn't intend to be an ultimate selection of origami horses, but it does give you a good stock of them. Horses are such popular subjects in all arts, and virtually all origami artists try to design at least one.You will find them in all styles, types and levels of difficulty; there is a horse for every one. Come get yours!