One of the points of departure for origami design is to modify an existing piece so that you can convert it into another design. This model came about from asking the question "How can I modify an existing model of a cat so that it becomes a pig?" 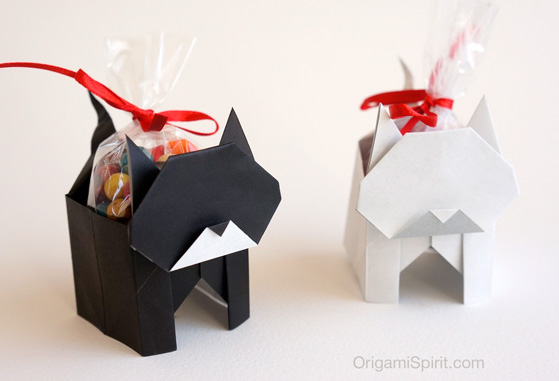 My design process for the pig-box model required several iterations, and I felt a little frustrated at first, because I couldn’t make the head fit into the body to my satisfaction. I ended up modifying both the head and the body of the original cat model.

In the case of the cat, the head is a "pocket" in which the body, acting as a "tab", is inserted. With the pig, it is the opposite: The head is the tab, and the body is the pocket. In addition, the legs of the pig were modified to look heavier than the cat's and the tail to be located at a lower angle. 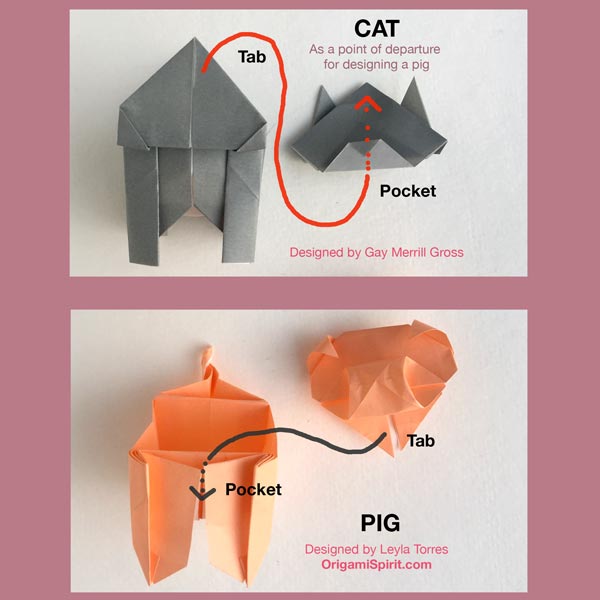 Changing a cat into a pig.

The following step-by-step video shows how to make this two-piece origami Pig and Candy Box. Head and body lock together securely, so there is no need for glue or fasteners. If you have folded an origami crane, you will most likely be able to follow the instructions to fold this pig. I recommend using very thin paper such as kami, no smaller than 6 x 6 inches (15 x 15 cm).