Editors note: The Community Origami Groups Committee is starting a new feature for The Fold-- each issue we'll do a spotlight on a different local group. The Albuquerque Origami Society (AOS) is a Community Origami Group based out of New Mexico, and is the first in our series. You can find information about their group here. AOS helped organize and host the 2013 PCOC Convention in Albuquerque, NM. 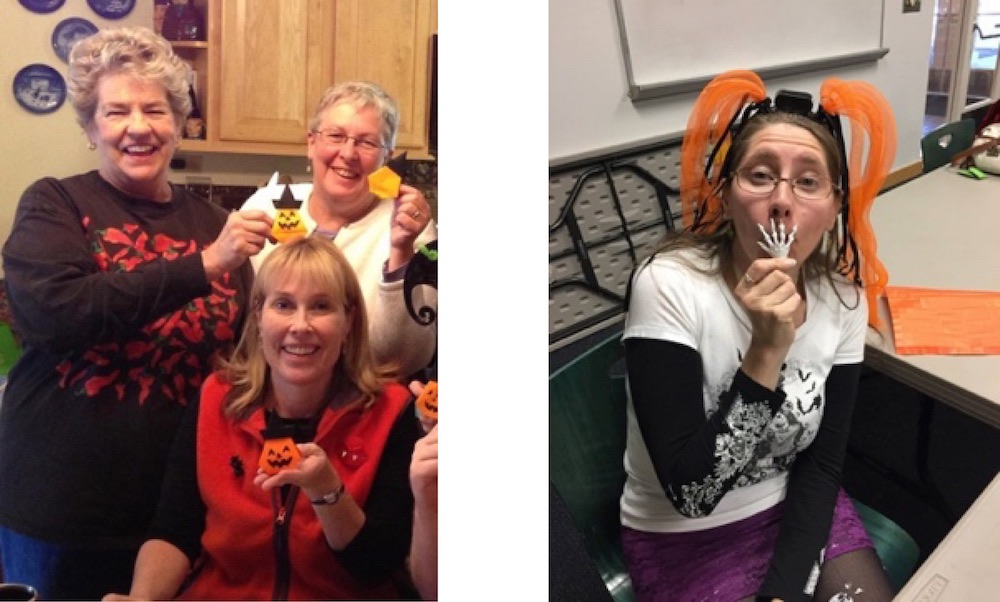 The Albuquerque Origami Society, a group of local folding enthusiasts aging from 10-60+, meets on the first Sunday of every month at a local senior center. We have folders of all levels and interests, with usually around 10-15 participants each month. Our group is very active in the community, hosting several public folding activities throughout the year. For the last five years, we have designed an origami Christmas tree for the Carrie Tingley Children's Hospital's annual fundraiser, Festival of the Trees, and has been chosen as People’s Choice several times. Our group has varied levels and interest, so often we have several small groups folding at the same time. We have folders learning simple models, complex models, designing original models, tessellations, and everything in between.

We try to showcase our activities as often as we can on our Facebook page. Occasionally, we like to fold thematic origami. Below is a list of some models our group has folded in October for Halloween.

One cut Origami Jack-O-Lantern by Erik Demaine.
Click on the picture for a crease pattern.