by Rachel Katz and Shrikant Iyer
Edited by Andrew Hudson

With the urging of Lillian Oppenheimer, L.I.F.E. (Long Island Folding Enthusiasts) began unofficially holding an annual Fold Fest about three decades ago. Luminaries such as Thoki Yenn, Lillian Oppenheimer and Gay Merrill Gross attended this one day event. Mark Kennedy and Arlene Gorchov, who have attended every one of our annual events, were instrumental in bringing these people to our location, which was in the suburbs of New York City.


In 1990, we secured a library location that could accommodate us on a monthly basis. After contacting a number of local folders and putting a brochure designed by Patricia Sisler, into each origami book in the library's collection, we began meeting. Luckily, we were blessed with several advanced folders who kept the meetings challenging. Following our two and a half hour meeting, many of us went to a local diner to continue to fold and chat.


We are very fortunate to have some wonderful folders and teachers from the entire gamut of folding levels. Our proximity to New York City has also allowed for easy "surprise" visits from New York City folders. Teaching is often informal, and we fold everything from what we learned at other meetings to something we might have invented. Meetings before OrigamiUSA conventions are special, as we often tend to become guinea pigs to teaching before convention. We often realize what is missing, what step might be tricky to explain and helps us come up with the best way to teach. The meeting after the convention is even more exciting, as everyone does their show and tell of all the great models they folded, and if we are lucky, we also learn to fold something we might have missed.


About a dozen years ago, one of our members who worked at Stony Brook University suggested having our annual Fold Fest on the campus. Being skeptical that we could lure people so many miles further, we gave it a try. We were rewarded with a wonderful venue with housing available on campus. The Long Island Folding Festival (now Origami Heaven ) has undergone several revisions, and after 11 years in its current two-day mini convention/retreat version, will be held the weekend before Thanksgiving (Nov 18-20, 2016) with a Thanksgiving theme. In recent years, our event has coincided with World Origami Days and Halloween, which added to the spirit, creativity and fun of the attendees.


Our group grows with organizing such an event. We have a good time planning, folding different models to give as gifts, fold centerpieces, and grow as individuals. We also occasionally have "emergency meetings" especially when meetings are cancelled due to weather or sometimes, we just need to see our local folding friends a bit more often. We laugh, fold, eat and share...everything that is good about LIFE. 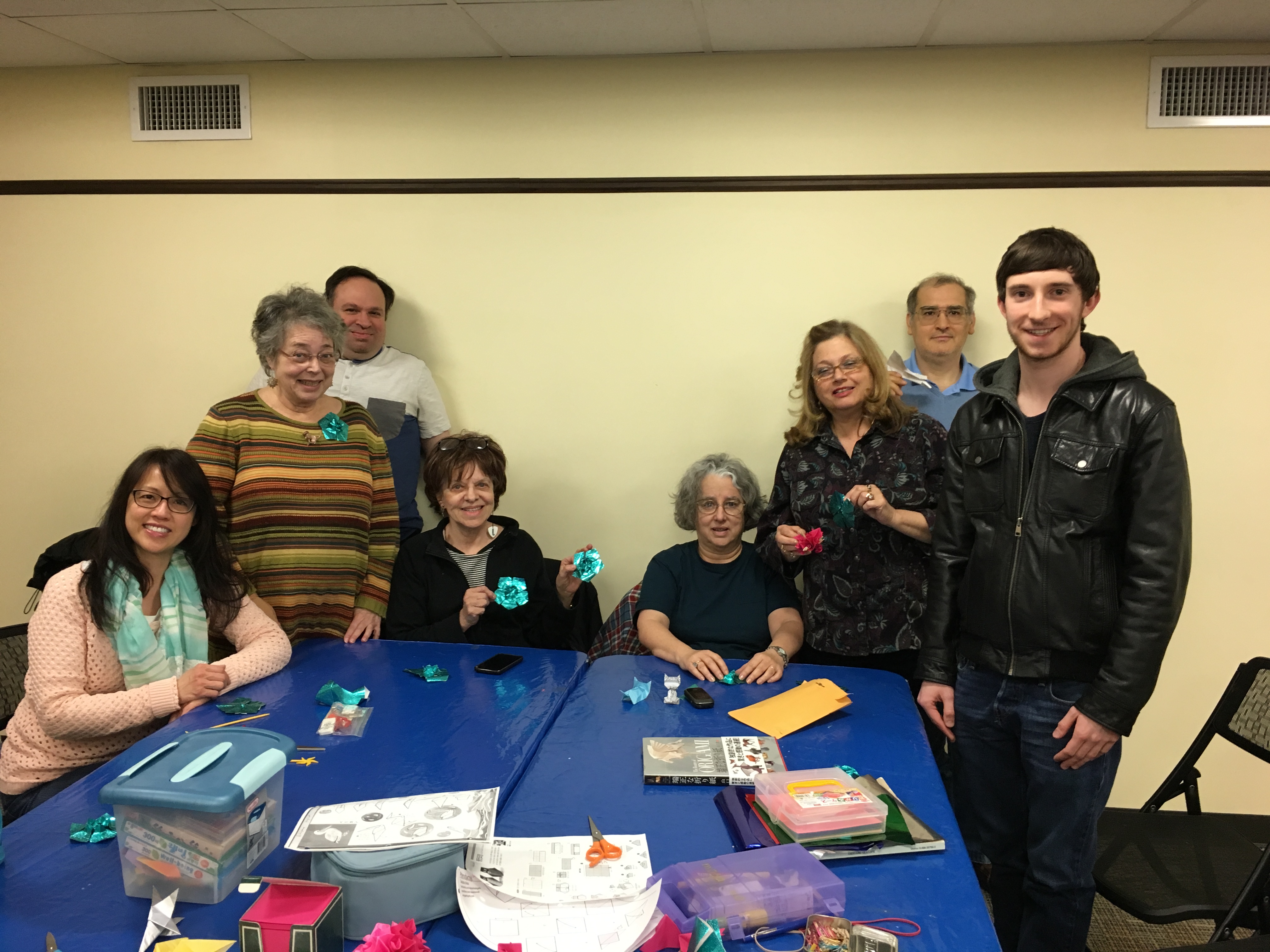