It all started eighteen months ago, when I visited Bernie Peyton at his home. While driving to the aquarium in Monterey, we discussed the PRO convention that had happened ten years ago. 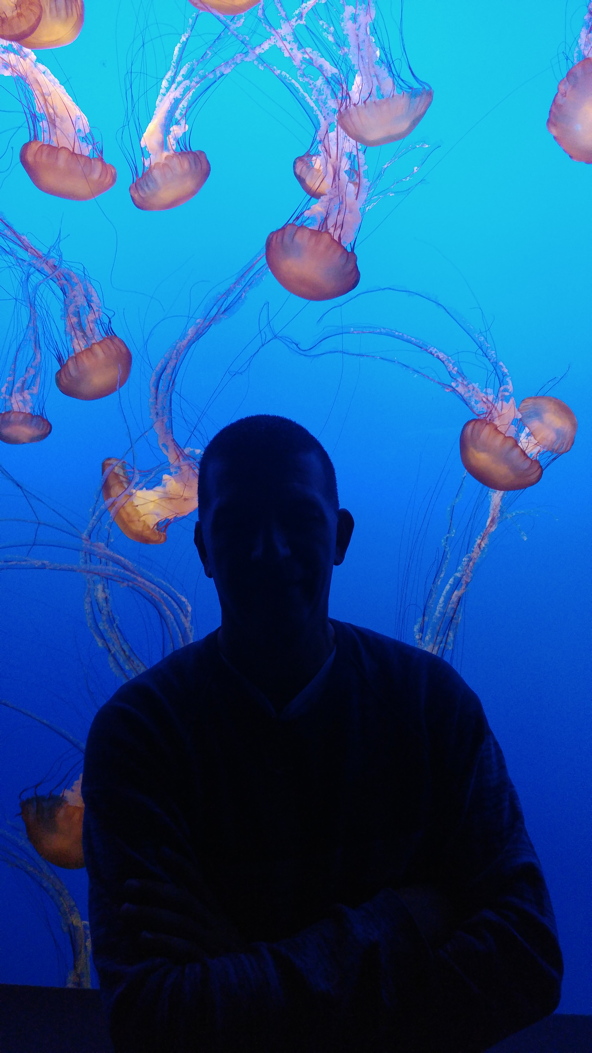 Inspiration at the Monterey Bay Aquarium.

The Pacific Rim Origami gathering had been primarily for Pacific Rim creators. The idea was to discuss the theory and not to practice folding. This concept of a verbal meeting seemed very strange to me five years ago, but made total sense at that time. As an active origami artist who decided to do origami for a living, I find I do have the need to talk, discuss, be updated and be inspired by the work of others.

Come to think of it, like every dentist, or teacher, an origami artist can benefit from being part of a supporting community, in which anyone can share his knowledge and ideas. Actually, for us, origamists, it's even more natural to do just so, since origami is all about sharing, isn't it?

I realized that this would be a project that could happen only by cooperation. We approached Robert Lang (USA), Jorge Pardo (Spain), Viviane Berty (France), Nicolas Terry (France), and Dave Brill (England), to form a committee of seven, to act as a directorate, for what eventually became the Convention for Creators.

Talking with Nicolas, I discovered that OORAA had thought about the idea of such a conference long time ago, and things started to fall into place. We set the location in Lyon, the same city in which the Ultimate Origami Convention takes place. This also set the timing, since the only open weekend they had in 2017 was the 7th of July.

The first step was to decide who is invited. How do we define a creator? What about heads of organisations? Youtube figures? We decided to narrow it down to creators only. We had to have a line, and we set it those who had designed at least 15 original models; better if they were published somewhere. The list was formed quickly, and I was amazed to see the number is within the hundreds only; less than 300!

We opened registration saying that only 100 creators can join, as this was the limit of the hotel. Building up slowly but steadilyy, by the first day of the convention we had 82 people registered to attend.

We opened a Google Form to collect ideas and suggestions for talks, panels and workshops. Quickly, we had 32 approved suggestions that we divided into six categories:

We planned to have a very "airy" program, with 20-minute talks in a one hour slots. We felt that the main feature of the conference would be the discussions that would arise after each talk, and so we gave those a lot of time.

For some parts of the day we planned two talks in parallel, to make sure all suggestions would be included.

Participants at the Conference for Creators.

After exploring Lyon on Thursday morning, I was in the hotel lobby just at the right time when the first creators started to appear. It was amazing to see the common feature they all shared — a big, wide smile on their faces. Every newcomer was a creator, worthy to be a Guest of Honor at any convention. We had people coming from Australia, South Korea, Vietnam, USA, Canada, Israel, and all over Europe. Immediately, groups were formed to talk, discuss, and share images of latest creations and adventures.

The next day, we started with a talk by Viviane Berty: "The challenge of simplicity". 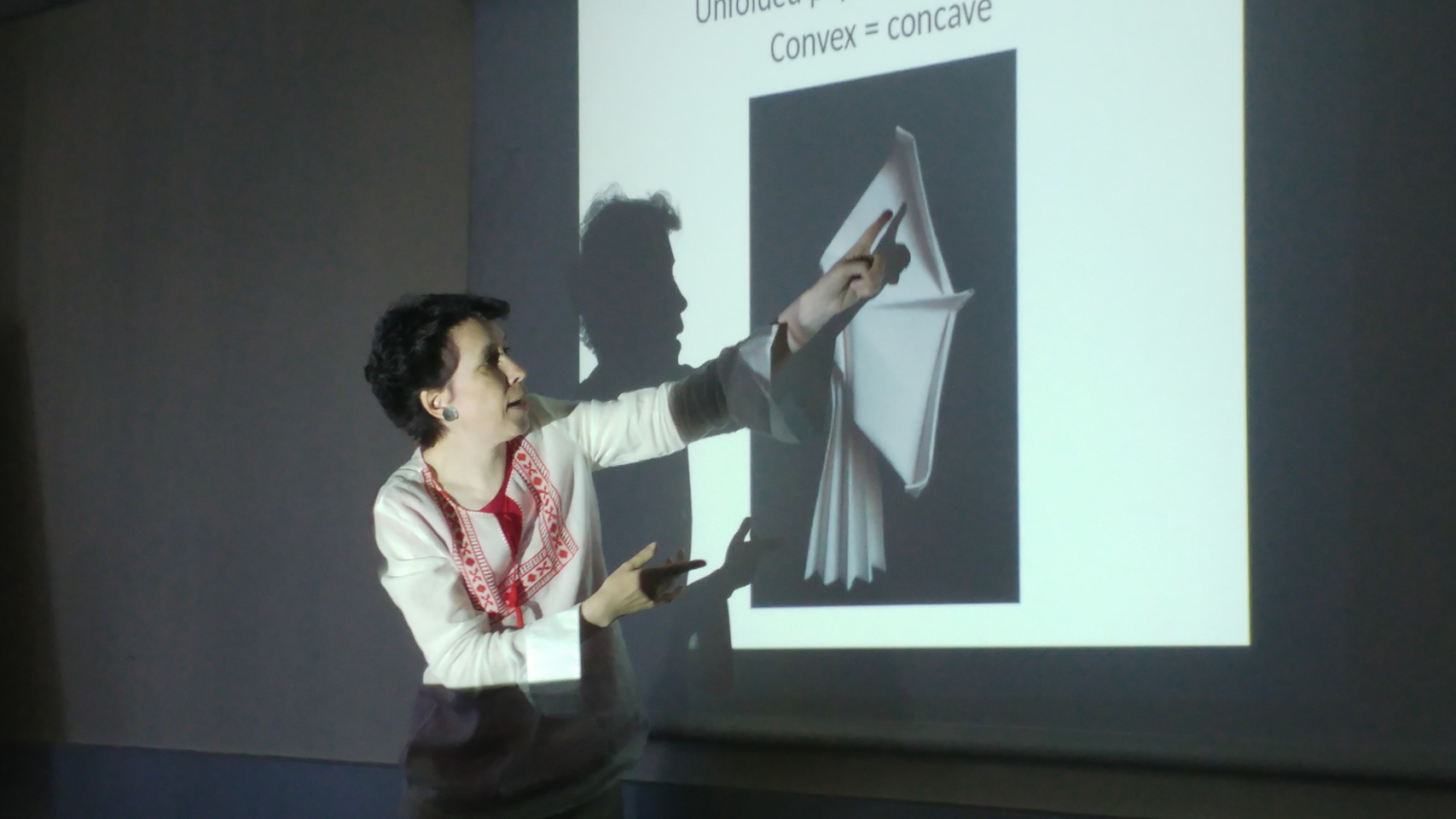 Viviane Berty and her "Archer."

Presenting her "Archer," Viviane explained what makes a simple model looks great, and how you need to cheat sometimes and forget about reality. Flat paper can be considered as void, for example, as you can see on the bow.

We had a panel to discuss how can you make a living out of origami, with Robert Lang, as one of the veterans, as well as Dewi Brunet, who only started that a year ago. I asked the panel what obstacles they expected to meet, and what did they really encounter. We discovered that most requests (nine out of ten) evaporate, and one needs a lot of commitment and determination until the tenth truly brings in money.

Another panel, led by Dave Brill discussed the fine art of pricing a commission work. We agreed we all tend to under-price our work and time. A good rule of thumb is, once you have decided on a price, "double that price and add ten percent." Double it, because we underestimate ourselves, and add ten percent so you can lower your price (but not too much) after some bargaining.

What is the best way to publish your diagrams (if there is a best way)?. We heard about self publication, crowdfunding (Kickstarter, for example), or making a book by approaching a well known publisher.

Bernie Peyton shared his experience with curating Origami Universe, an exhibition presented in The Chi Mei museum in Taiwan, in which many of us participated, never realizing the full scope of the difficulties Bernie and Uyen Nguyen went through to successfully bring it off.

The best panel for me was "My Favorite Paper". One by one, we had 18 creators stepping up to show their best paper, a model folded from it and an example sheet to allow the crowd to hold and feel it. Unlike my worries that everyone would present Elephant Hide ( I am a tessellator, after all), the list of favorite papers was amazingly versatile. To name a few, we had Japanese calligraphy paper; toilet paper; ARCHES watercolor paper, Vietnamese handmade paper; Kozo paper; a sheet of Jon Gerard's paper; and last but not least, Dave's favorite one was Printer paper, highly available with a great shade of white! 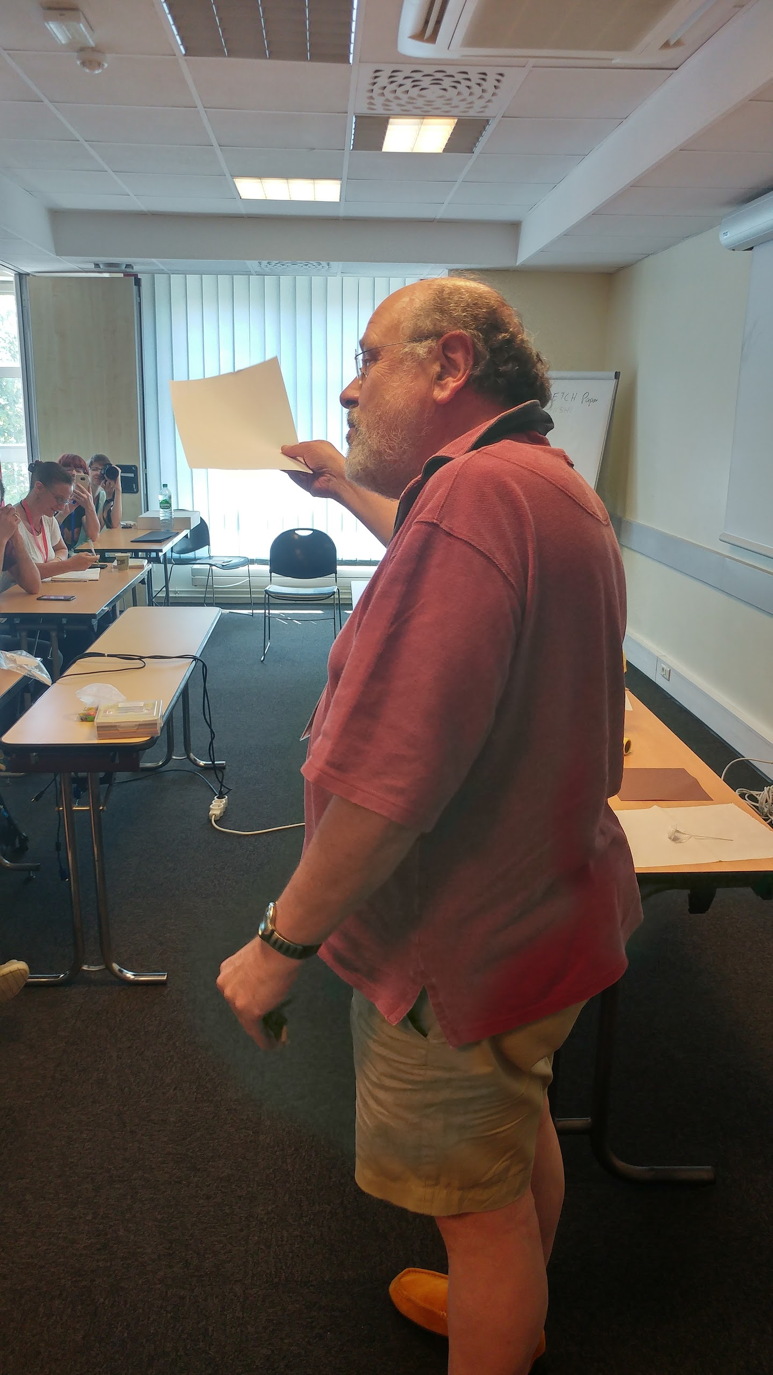 "Never done before" is where the best opportunities awaits for you. And now, after it was done, it is clear how important and needed it is. We all want to to talk, learn and be inspired from our own community. The next CfC will be in 2020, in Zaragoza, Spain! Be prepared!