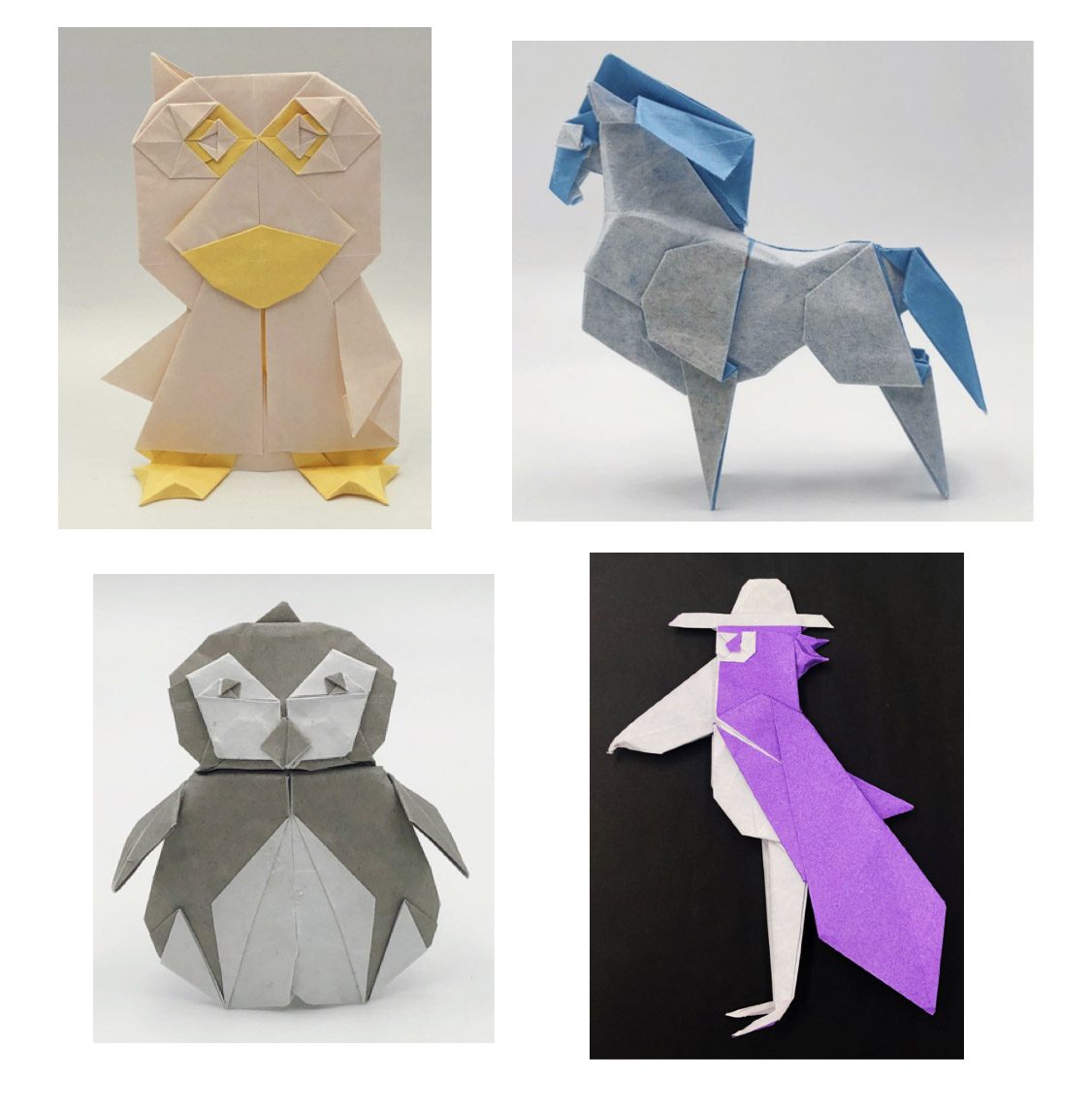 Jiahui Li is a 29-year old origami artist from China who excels at designing cute animals. He, along with other folders in China, uses the term “syn” and the smiley notation '-' as shorthand for describing a folding structure of the head that gives it a cute appearance with small, diamond-shaped eyes. Li, in fact, is better known as syn∞ on Twitter. He is the founder of the new online origami magazine Ori-Fancy, which features step-by-step photo diagrams from Chinese creators. Li’s baby penguin, presented here in photo diagram form, is a good example of the “syn” style that Li has so deftly employed across many of his designs.

This instructional video by Daniel Scher should get you through the trickier sequences in the diagrams.