I've always liked paper elephants. The easyphant came about when my kids were little. I wanted to fold an easy model which I could fold in a short time. With no idea of what to fold, I folded a kite base and thought it looked like an elephant trunk, so I tried to give it a simple body. The ears came out while folding it in half to have some separation between head and body. In a few minutes I had the first easyphant, but without tusks. I didn't realize the ears moved at first. Once I found out, I dismissed the movement later as uninteresting. A few months later at a Spanish convention, some friends discovered the movement independently and were really happy about it, so I made it part of the design. This is one of my favorite models to teach; everybody can learn it and most people like it. With a few people, it is an immediate hit. That makes me very happy. 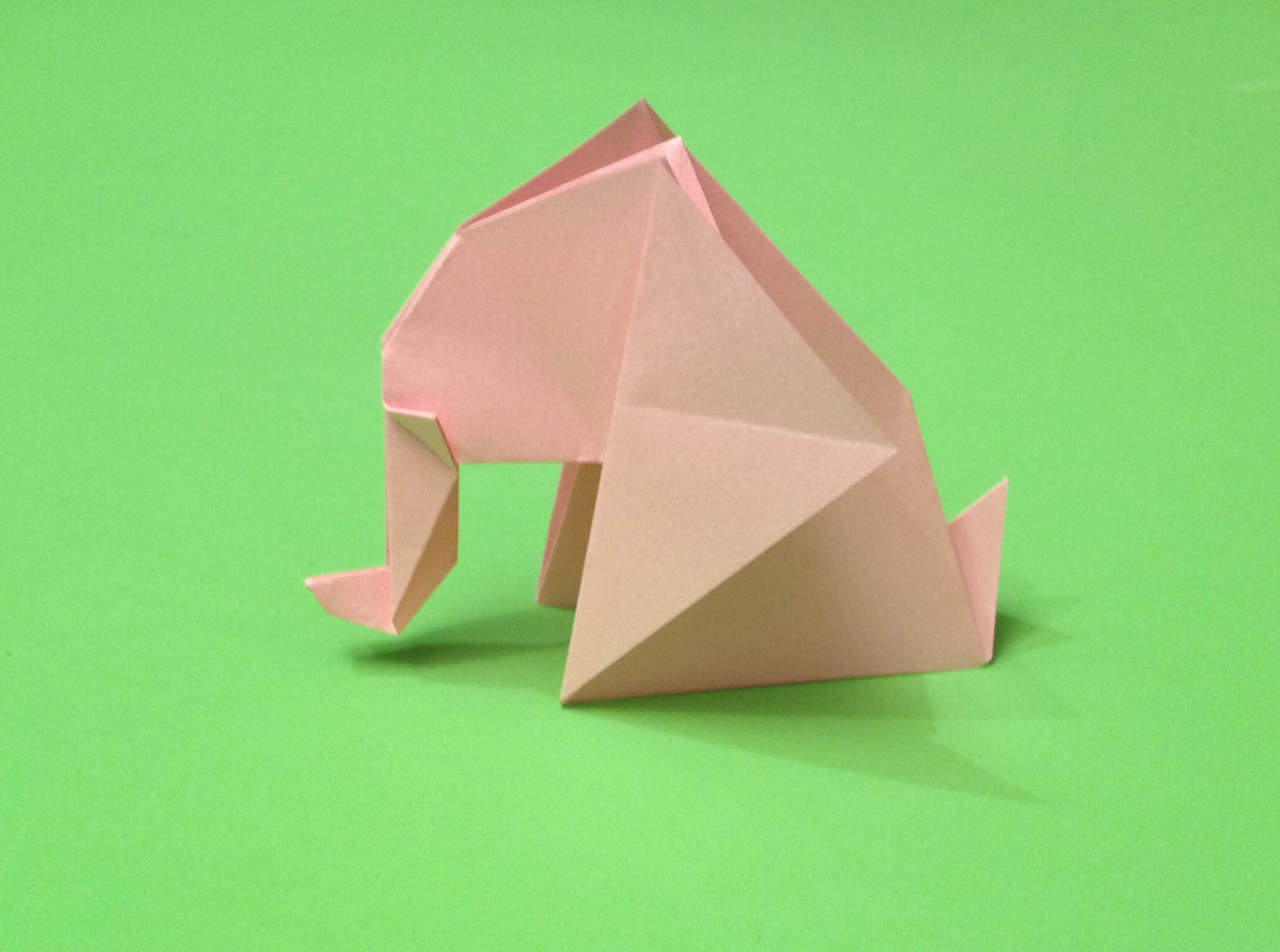 
Editor's note: Please consider folding easyphant (or any other origami elephant) and contributing to the Origami Elephant World Record Attempt to highlight the plight of elephants. The goal is to fold 30,000 origami elephants, one for each elephant still alive. Models can be mailed, to arrive before September 20, 2014, to: