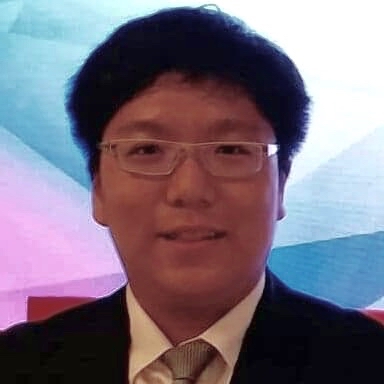 I am Matthew Wong from Hong Kong, and I’m 23 years old. I started folding when I was 6 years old. I’m now one of the committee members of the Hong Kong Origami Society, and I have participated in many origami workshops and exhibitions held by different organizations, such as the Leisure and Cultural Services Department (LCSD), YMCA and other Institutes.

In addition, I have collaborated with some business Companies on products promotion. For example, with HSBC on Chinese New Year greetings in 2018 and IWC Schaffhausen (Swiss Luxury Watches) on advertisements in 2018.

This model comes from the basic base of a pig that I wanted to design to be cuter than a real pig, and its shape is similar to a Piggy Bank. I created it in December 2018 to meet the Year of the Pig (It comes from The Chinese sexagenary cycle) in 2019.

Its structure mainly includes a head, four legs, and a tail. The legs I modified to be short and thick, while I kept the tail the normal length like that of a young pig. For the head part, I have modified the ears to be more curved. Also, between the ears, I used lock techniques which hide the end of the ear layers into the body that I think is important. Otherwise, the ears and the connected face parts will spread out, allowing the ears to crash into each other, affecting the appearance of the head.

The shape of this model is three-dimensional, and I hope it is not difficult, but I think it is better to crimp its belly gently to maintain the shape of the body. 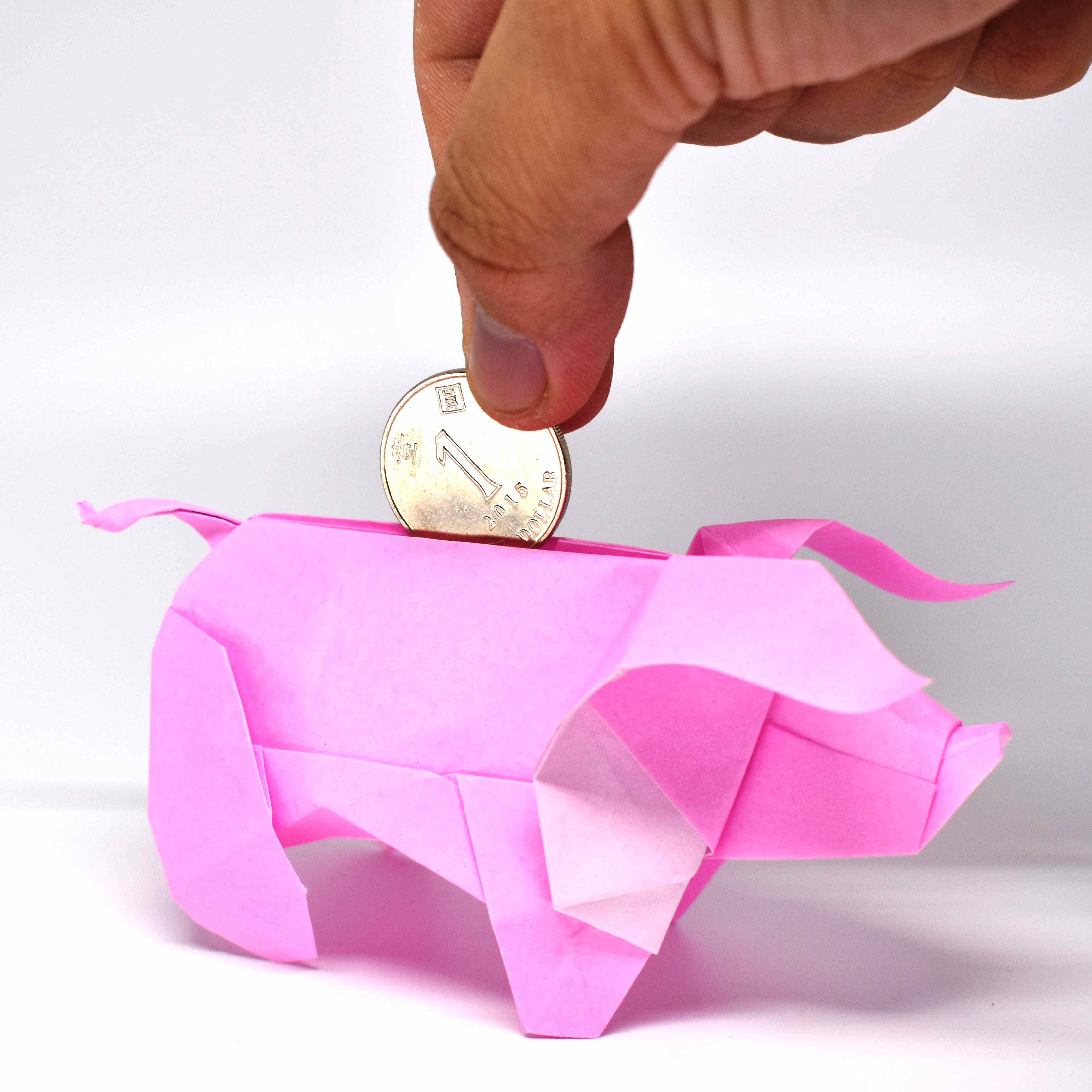 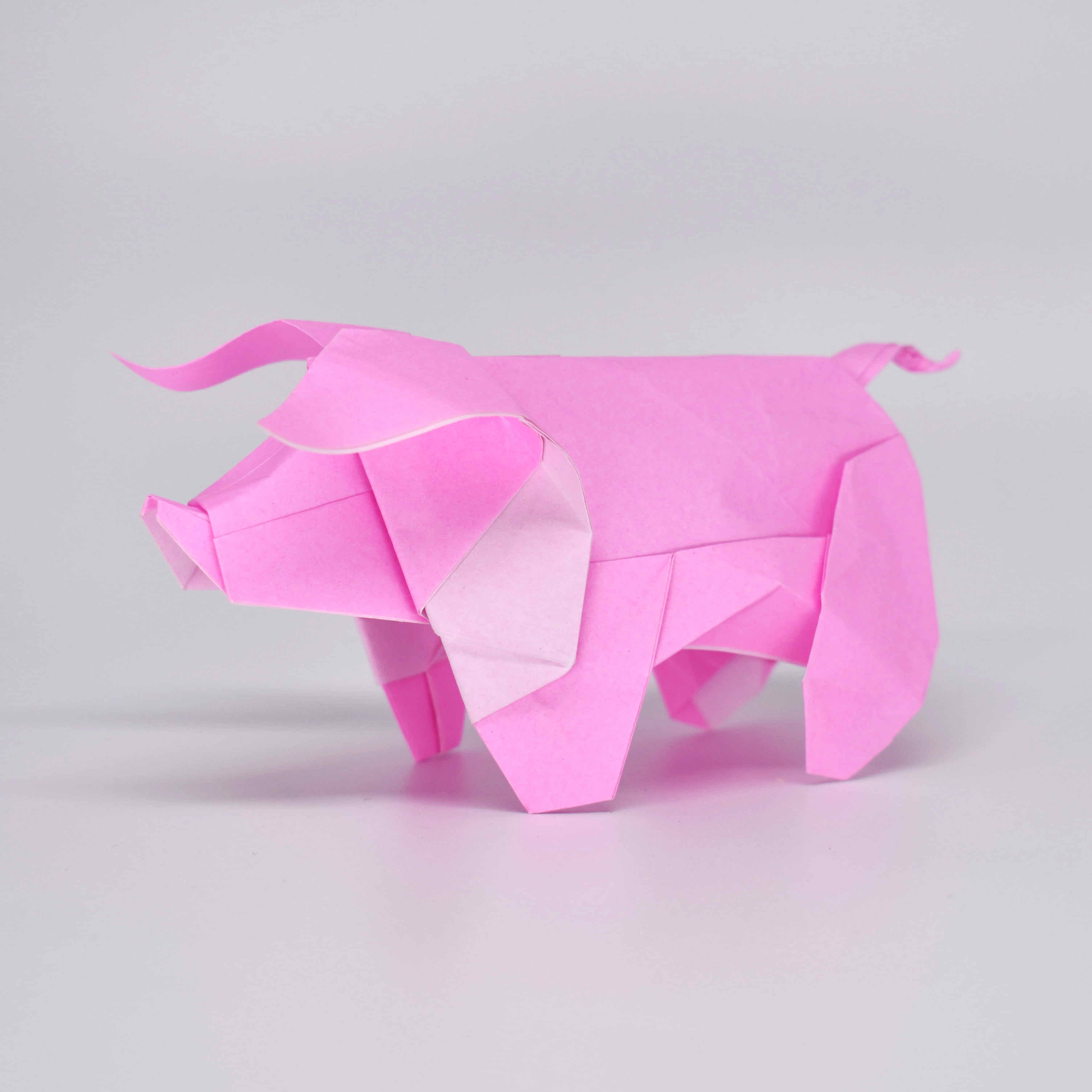 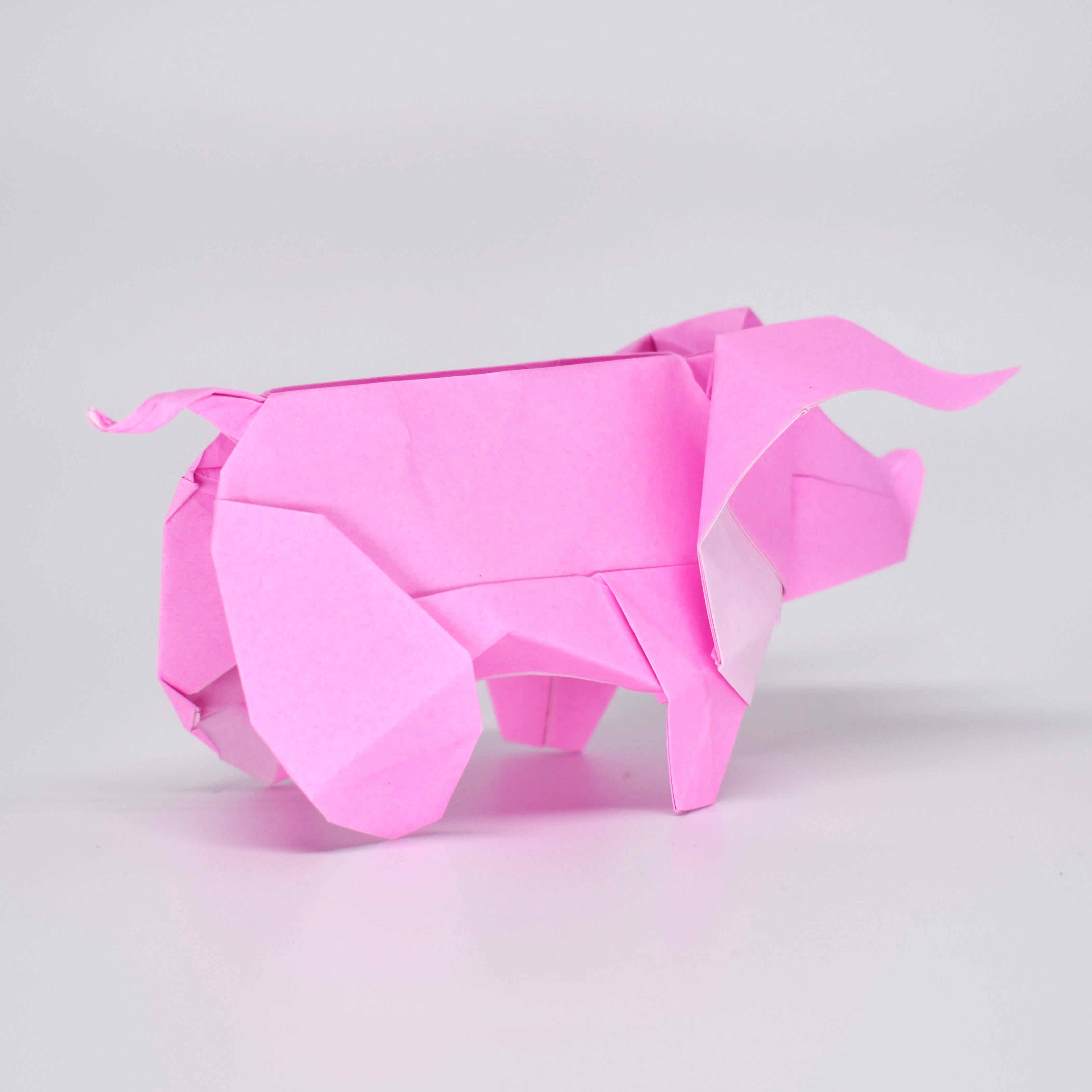 The diagrams were test-folded by a number of volunteers, as seen in this composite photos of Piggy. For those who would like to fold Piggy from a CP, please click on the photo. 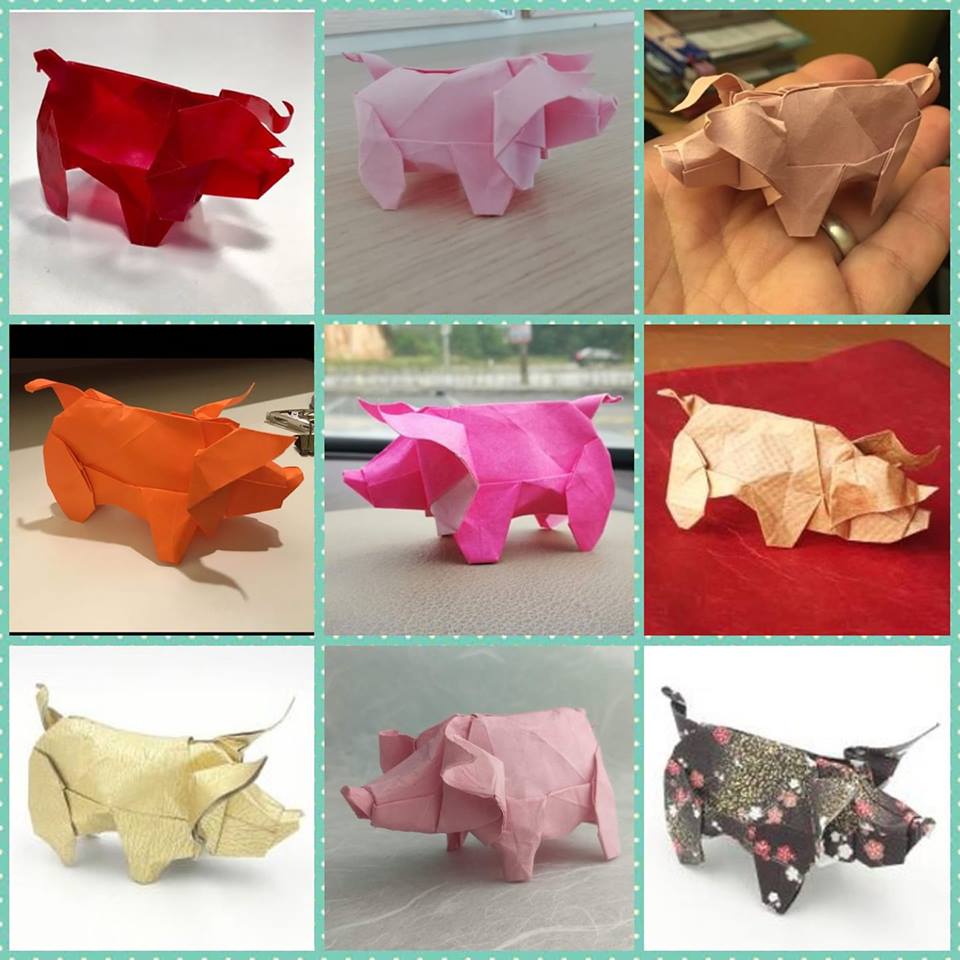