Diagrams: Traditional Lily and a Leaf 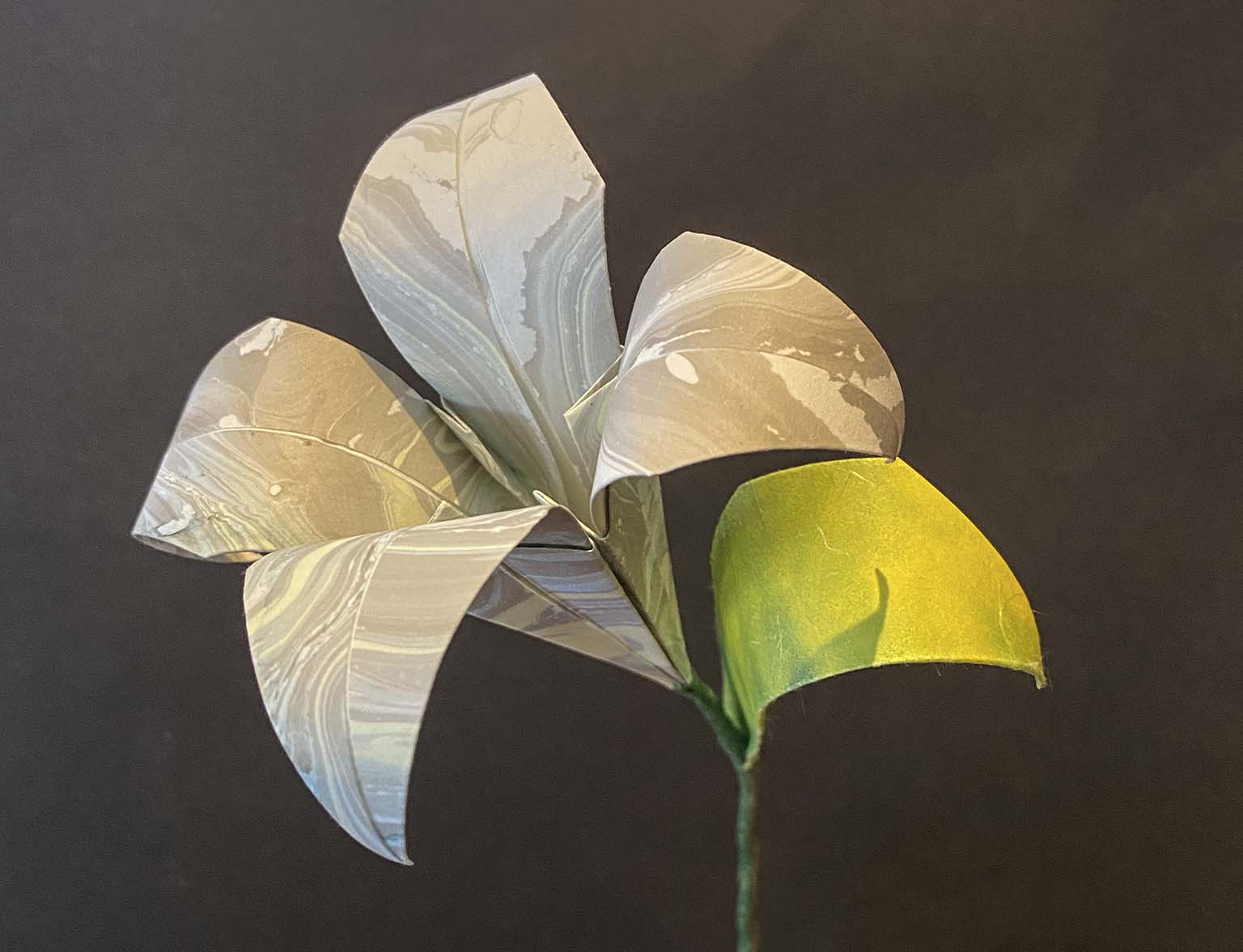 Here’s a little-known traditional lily that starts from a bird base and is a bit like an inside-out traditional iris with longer petals. The folding sequence should be especially gratifying to those who are frog-base-averse.

When I was in high school, in the days when all the origami books in the world wouldn’t fill a shelf, I had a friend from Japan. She taught me this lily, and I have enjoyed folding it ever since. David Shall created a six-petal version of the lily in 1989, after being shown a completed four-petal model. It’s published in his book “Papercopia” and also in “Origami Master Class: Flowers,” edited by Sherry Gerstein. Shall mentioned to me that that Toshie Takahama published diagrams for the 4-petal lily in “The Joy of Origami,” but she starts from a frog base. I’ve never seen the bird-base version in print. One Easter, as I was setting the table for dinner, I realized that I didn’t have a centerpiece. I folded a bunch of lilies, and in a panic designed a simple leaf of a lilylike shape to glue to pipe cleaner stems colored green with a Sharpie. Just in time! Floral tape could be used to more elegantly wrap the stem and attach the leaves. 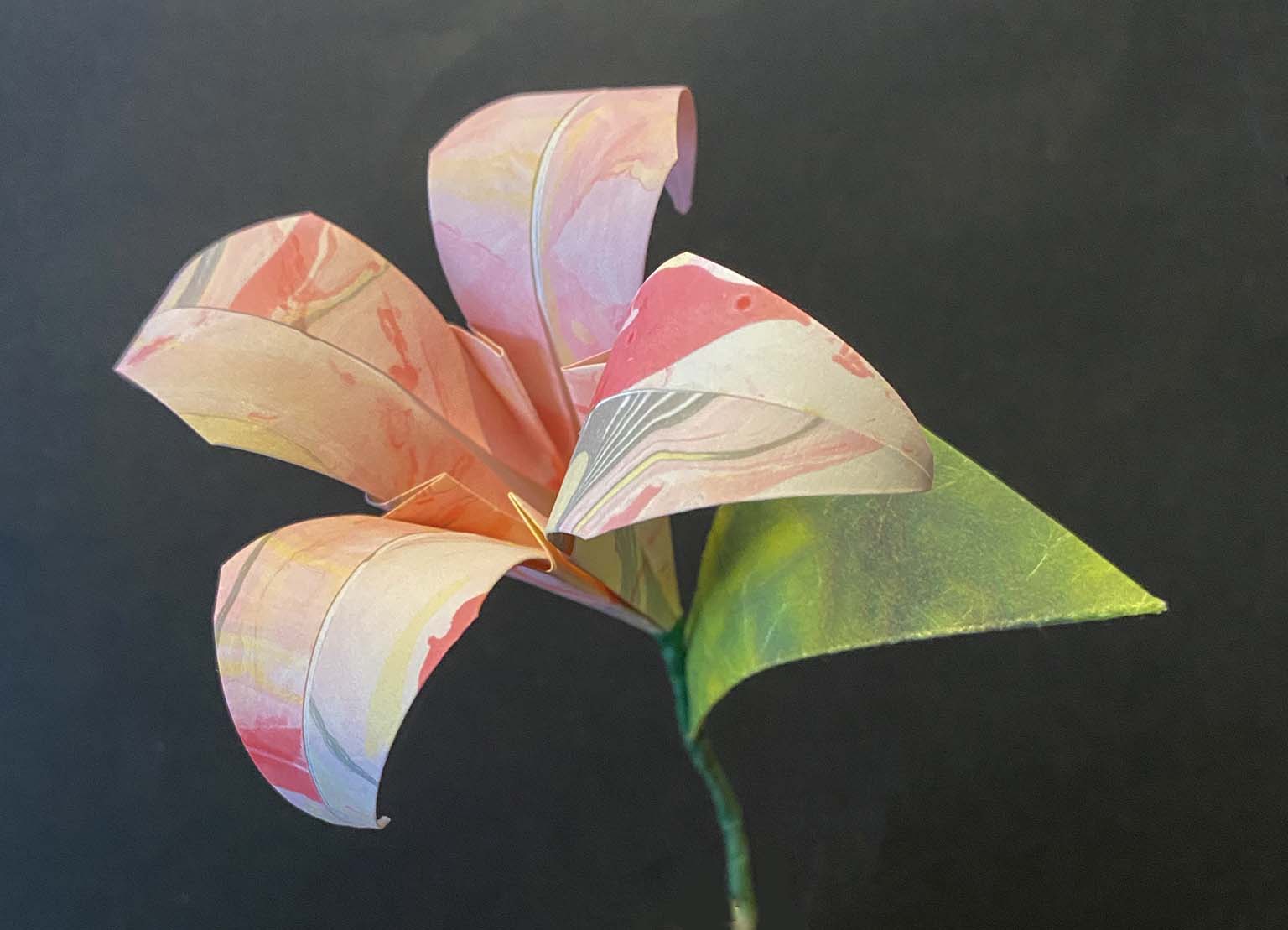 Pretty paper :) I've folded this before, but I didn't know it was a traditional model - I was just exploring the possibilities of a spread-squashed bird base. lol @ self