Organizing a Convention – Program and Budget 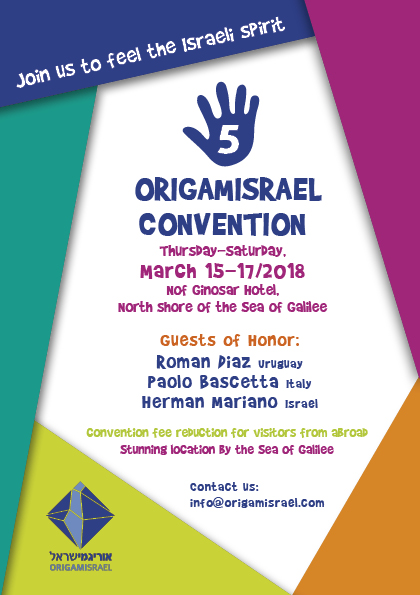 In the first part of this series, we looked into the four major issues that establishes the basis for a convention: when, where, what to teach, and whom to invite, while using our Origamisrael convention as a case study. It is time to go deeper into the details.

The quality of a convention and its success is dependent on many factors, but for me, the most important one is how many models do I have in my box, when I am heading home. Do not be surprised by the “quantity” parameter, since I do not participate in a workshop I do not want to attend. I choose only interesting and challenging models in the first place.

So how can you be sure there will be good workshops in your convention?

Originality is a priority, that is an important factor for me. Making sure all the creators in your group are coming, and try to bring more folders from other countries (more about that later).

Understanding that, Origamisrael put a lot of effort in helping the local creators. We execute creation challenges during the year, and we publish the new models on our Facebook page.

Invited guests are asked to give one workshop a day, presenting a model of their choice.

The next parameter is the mixture. It's not only about the difficulty level, but also about the genre. Have some figurative models, some modulars, although models with 30 and more units are not recommended! Include tessellations, action models, practical folds, and any other type you know.

Remember that time seems to run faster during a convention, but with more folders in a workshop, the slower it gets. Time slots for a workshop can be 30, 45, 60, 90 minutes and even longer. Three hour workshops are rare. If you do plan one, make sure to limit the number of participants – no complex model can be taught to 20 folders. Having 12 to 15, and sometimes even fewer, is a good practice.

For tessellations, teach small projects, with grids up to 16 by 16. It is common to request that folders bring pre-creased grids with them. Provide scissors, rulers, pens, and even pre-made grids for your workshop, if you want to teach a more complex project.

Do not forget the other activities; it's not only folding.

Talks – either by the guests of honor, or any other participant. A common subject is the creative process of the invited artist, but you can have talks about practical implications of origami, curved folds and their uses and so on.

Games – again, it's a cultural issue. To bring livelihood and laughs into the convention, arrange origami games (see here for a list of those). It may not be suitable for every group; be sure you have enough adventurers and competitive folders in your group.

Group photo – it's a memorabilia thing. Put it on the the schedule, so no one will miss it! 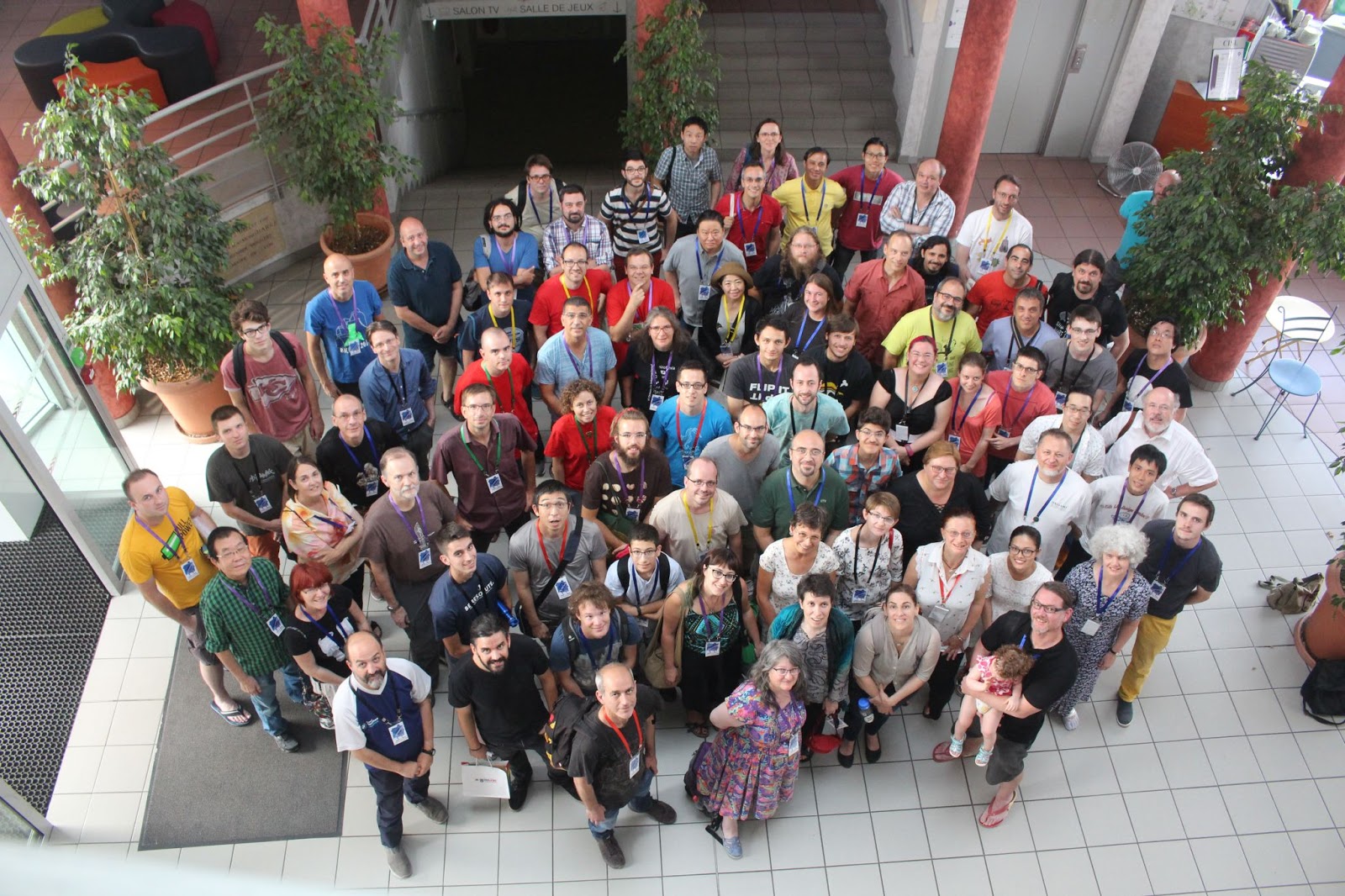 Shopping time – if you have a shop, please list the hours in the program and offer times between workshops.

Models Contest – to encourage creativity, and to allow people to compete, you can set a folding contest. You should announce the subject well in advance, of course.

Our first convention hosted 29 folders, and the numbers have been increasing every year. At a certain point, we realized this is not a friendly, non committing activity. The money we gathered, and the expenses needed to be covered, reached into thousand of dollars. What had started as a group of friends is now a non-profit organization, with tax payment, yearly statements and legal approval.

Having all that in mind, let's look into the biggest expenses for a convention:

It is customary to pay for the airline ticket and accommodations for the days of the convention. Some societies can afford an extra day before and even an extra day after.

There are two main ways to calculate the airline ticket: pay according to the actual cost, or give a lump sum, which represents the average cost of such a flight. Each approach has its pros and cons. Leaving an open check for the ticket could be a budget risk, if your guest waits too long and orders a ticket when prices are much higher. Giving a lump sum could become a present, if the guest manages to find a cheaper flight.

One should also include train and taxi costs from the airport to the hotel. 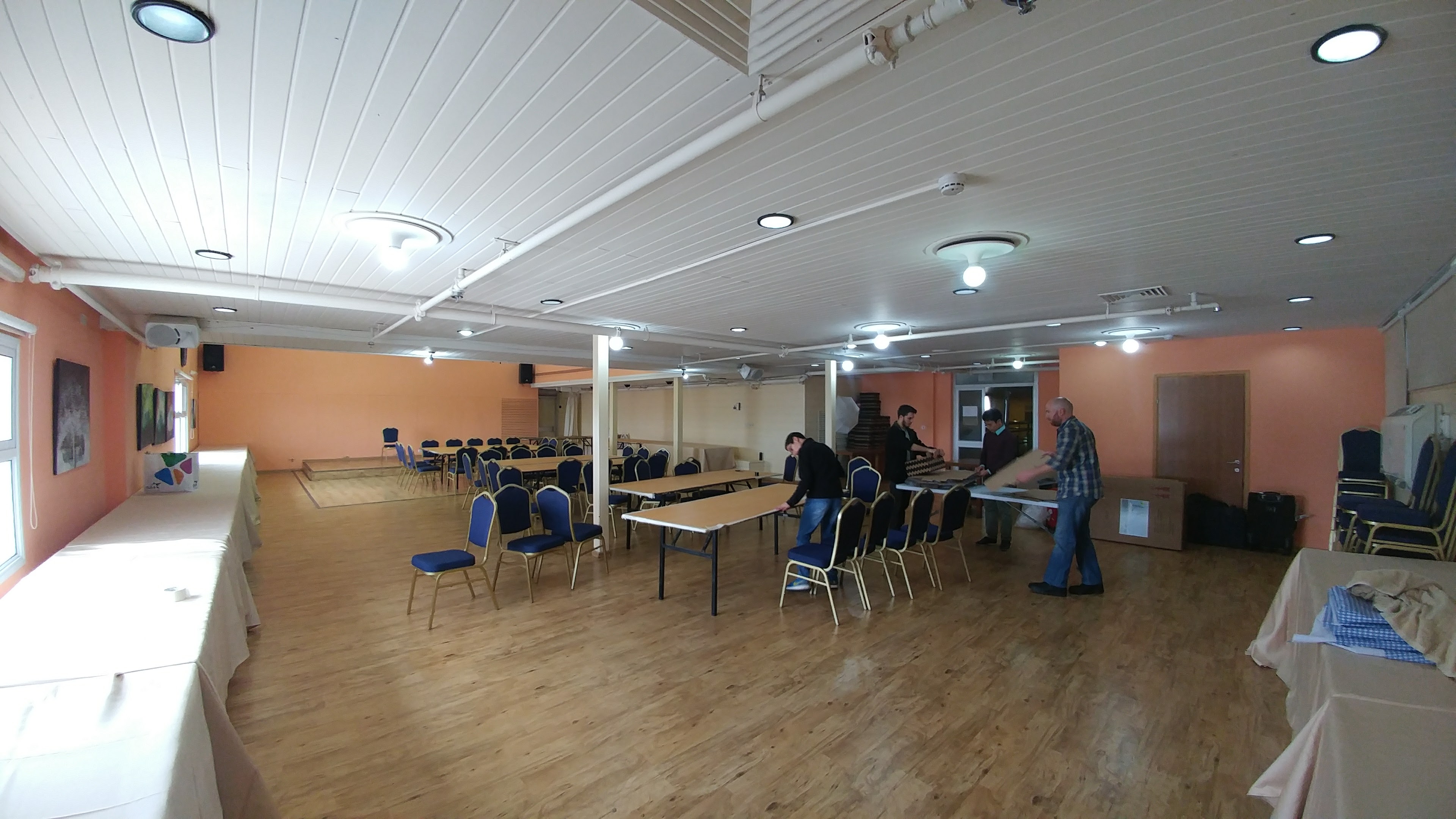 The main hall, as well as extra classrooms, may be the second highest cost.

In Israel, a convention without running coffee or tea is a crime against humanity, but I rarely saw such privileges at other conventions.

If you need a projector, or a sound system, it usually comes with extra charges.

Some places will not charge for the hall if you order enough rooms for the participants. It's all down to your negotiation abilities.

Another leverage for lowering costs is to suggest an exhibition in the hotel lobby, and to allow the other guests to visit the exhibition free of charge.

If you supply also the rooms (so the participants go through you and do not book directly to the hotel), you have to consider all the possibilities (single, double, trio, double with a kid and so on) before you set a price.

There is no convention without paper. There are at least three options to deal with that: everyone brings his/her own paper; give each participant a package of 50 sheets; or just put a lot of paper on the table. We prefer to put out free paper, so there is no need to keep your own paper in a box. If you want to fold something just grab a sheet and do it!

The level of complexity determines the level of the attending folder. Take the Ultimate Origami Convention by OORAA, which targets the highest level of folders. Every workshop lasts 90 minutes, and some are three hours long. On the other hand, if your audience is mostly beginners, plan to have short, simple models.

For the workshops, it is more respectable to supply the papers, especially if you need unique paper, such as Elephant Hide for a tessellation workshop. This is how it is done at the CDO convention and ours, as well.

If so, the list of needed paper should be collected while the program is being planned.

A box – the perfect way to help your guests keep their newly folded models.

A gift – either a bone folder, a paper cutter, a bag or any other little, helpful gadget, can lift the spirit of any folder at a low cost.

A branded shirt (or a hat) - some people like to collect convention shirts, so if you do start to make them, don't stop! Just be aware that you have to add a section in your registration form for the shirt size. I suggest not to add a color choice, to not complicate the life of the organizers.

A convention book – this may ask for a separate chapter, but in a nutshell: start collecting models as early as you can. Send a call for diagrams through all channels (O-list, last year's attendants, Facebook page, direct emails to your befriended designers); ask for vector files, and most important – assign your most devoted and talented person to the task.

Take all your costs and make a guess – how many will attend? This is the most uncertain part, because you can never know. You can estimate according to previous years, but if it is your first run, you have to take a risk. For Origamisrael's first convention, we opened the registration six months in advance, and made sure we reached the break-even point before we reserved a hotel. Nowadays, we estimate the next year's numbers according to our list of members and previous year's attendance. We take 66% of that, and we set the price accordingly – the total cost is divided by this underestimation. Luckily, we always exceed that number, and the extra money is used for the next year's convention.

It is not easy to collect data from conventions around the globe, since the prices are not comparable; some prices include hotel rooms, and some conventions offer prices with and without workshops.

In general, a daily fee of $50 to $100 and a discount price for each additional day is reasonable.

The last chapter will summarize and discuss how to make it work – how to organize a managing group, build a schedule, publicize the convention, brand it, and try to make it a success!