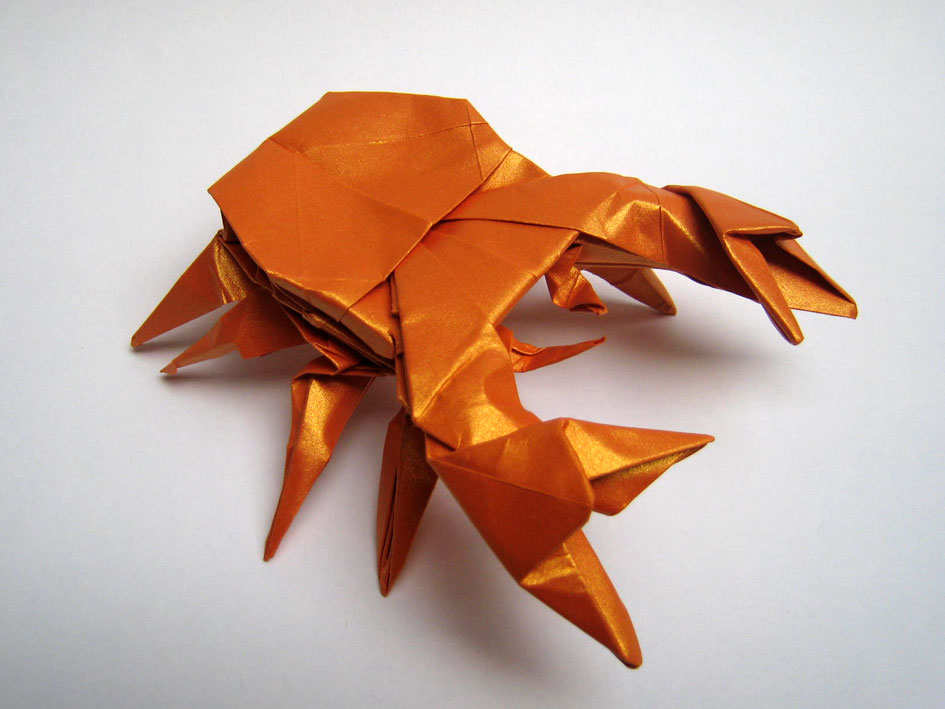 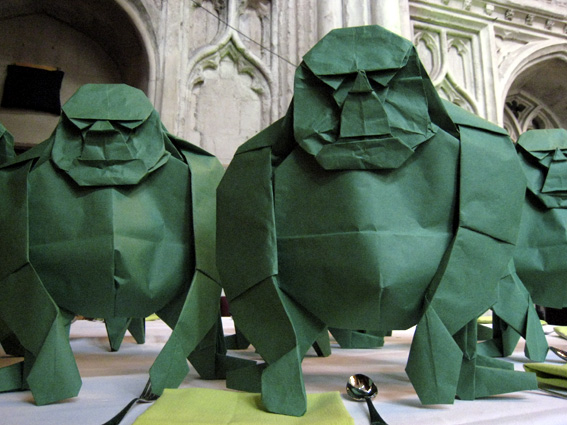 A gorilla can sit wherever he wants... 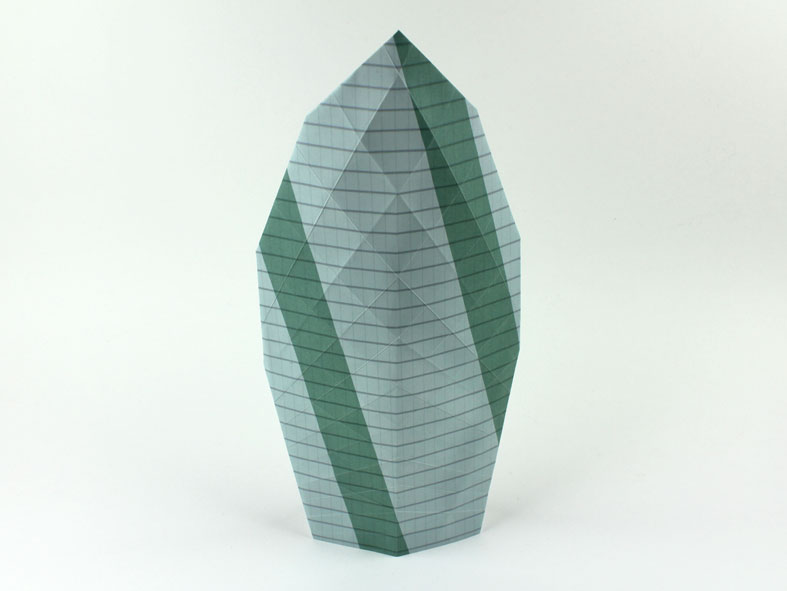 I am a relatively new professional origamist, and as such, I always try to learn from others. When I met Mark Bolitho in Saragosa, Spain, I was really surprised to see his portfolio - it was full and rich with wonderful origami models, all of which were unfamiliar to me. We spent a little time talking, and when I realized I was talking to a man who decided to take a bold step into the uncharted area of professional origami, I knew I had to learn more from him. This interview surely opened my eyes. With great pleasure, allow me to introduce you to Mark Bolitho.

Who is Mark Bolitho? Please tell me in five sentences what I must know about you.

Mark: Origami has been part of my life since childhood and for the last ten years I have worked as an origami designer in England, having previously worked in finance. I have traveled extensively both with work and in pursuit of leisure, although for the last five years I have lived in the town where I was born. I have a wide circle of friends and enjoy their company as much as I can. I find origami can be quite a solitary pursuit, which I don’t like. However, it does also open up great social opportunities through being part of the worldwide origami community.

What is origami to you? Why are you interested in origami? What was your first model to fold? What types of origami do you like to fold? Do you fold other people's models? If so, do you have a favorite designer? What is the one origami book you will take with you to a stranded island? If you don’t fold other models, why so?

Mark: I was introduced to origami at quite a young age (around 8 years old) following a chance finding of an origami book at a local library. They stocked Robert Harbin’s Secrets of Origami and Kasahara’s Creative Origami. At this time there were very few origami books around and I soon started to develop my own models, mainly while sitting in the back of the family car on long European holidays. A chance finding of John Montroll's Origami for the Enthusiast several years later rekindled my interest and I joined the British Origami society in 1979 and have been a member ever since. Through my university and early professional years I did little origami. However, I was aware that I had developed many new models. These were subsequently published in two booklets Origami Projects and More Origami Projects. In the mid 1990s, whilst working as an accountant, I developed a collection of origami models based om folding techniques rather than genre. This project started to explore new techniques and the fusion of folding styles, amongst these was a mouse that combined conventional linear folds with more freeform crumpling. The ideas were published in a collection called Creaselightning. In more recent years most of my work has been driven by commissions. As many of these are derived from the design rather than the technique, many of the models are paper sculptures rather than conventional origami designs. Additionally I have had a few book commissions and have continued to develop more conventional origami designs. I rarely fold models by other people, although John Montroll remains influential, mainly for the elegance of the folding sequences within his work, particularly his Blue shark, Stegosaurus and Pegasus (from Origami for the Enthusiast). I also folded Bernie Peyton’s angry fish at a Spanish convention which I thought was great.

What is the source of your inspiration ? What makes you tick, forcing you to fold it? Do you have an origami role model? Do you try to follow someone's foot prints or is it only you out there when you create?

Mark: I aspire to make models that have elegance, either in the finished execution or the folding sequence required to make the model. When I was younger I worked on some more complex models, however, more recently I have tried to develop easier models that would capture the essence of a subject in a few as folds as possible. My creative process is not really influenced by anyone else, but has grown up over time.

Your web site presents a large variety of models. What is your favorite origami genre? And why? Is there a genre you won't try your hand with?


Mastering the right proportions of the Lion`s head.

Mark: My main creative inspiration is designing simple and easy to fold models. As a genre I am drawn towards natural subjects, mainly animals. However, various requests I have received have led me to produce models that could be categorised in many different ways. I tend to avoid work intensive subjects, such as tessellations and modular projects. One of my early commissions (2004) was a project to make Landmarks of London. Although the originals were multi-piece models, it led eventually to a book of conventional origami of London buildings, published in 2012. I am quite pleased with some of the projects in that book. My favorite models are simple and accessible, with a target to explain a design in about 20 steps, within 5 minutes.

You create to order; "I want a Giraffe standing in Noah's Ark" says your customer. Can you shed some light on the process? How do you plan a model? Do you try your hand with doodling in paper, or is it always calculated in advance? 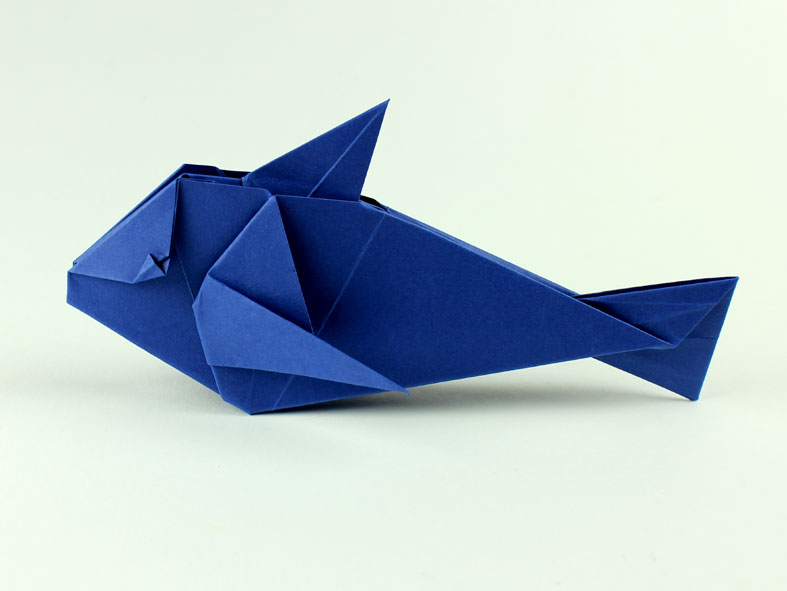 Mark: The work I do can be divided into two categories: paper sculptures and more conventional origami. The paper sculptures are generally built around a key feature of the model and are very much a caricature of the original. Some of the early models I produced did evolve from doodling. However, the work I do now is driven by a vision of the final result. The process generally involves looking at one of the key characteristics of the subject, developing that and then forming the model around that feature. A few years ago I developed a lion; the folding process could be used to develop any four legged creature. The success of the model was dependent on the balance of size of the back legs compared to the head. As the model evolved I settled on what I considered to be the most aesthetically pleasing ratio. Hopefully it worked.


Can you feel Mark`s sense of humor in this image?

What papers do you usually use? Why? How do you decide what paper to choose? Do you try to match the paper to the model? Have you tried other materials, for example, if requested by a customer?

Mark: All of my work has been folded with paper, generally purchased from an art store as Art paper. I mainly use a paper called Maya produced by Clairefontaine, (120 gsm). The final look produced is quite rigid. More recently I have also started using a lighter paper around 90 gsm. When working on new models I generally use 15cm standard origami squares to develop my initial ideas. 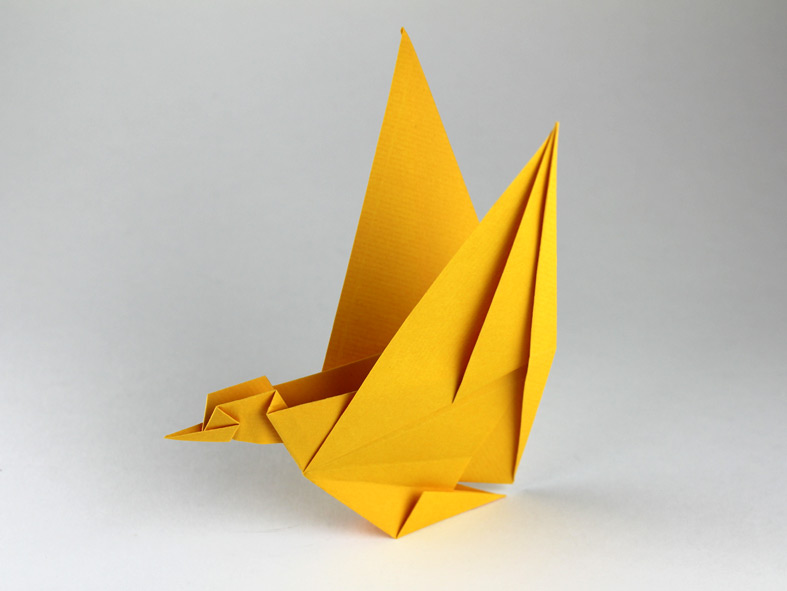 I believe origami is a medium to communicate with other people. As an unique art field, it can stir emotions in the hearts of your art observers. What do you try to communicate to your audience through your origami?

Mark: The models I am most proud of have an organic folding sequence that can be easily followed leading to a satisfactory end result. If it works then the making process should have its own evolutionary pattern. In the workshops I have conducted I get the most joy from teaching action models with a final reveal of flapping wings or an ability to hop. 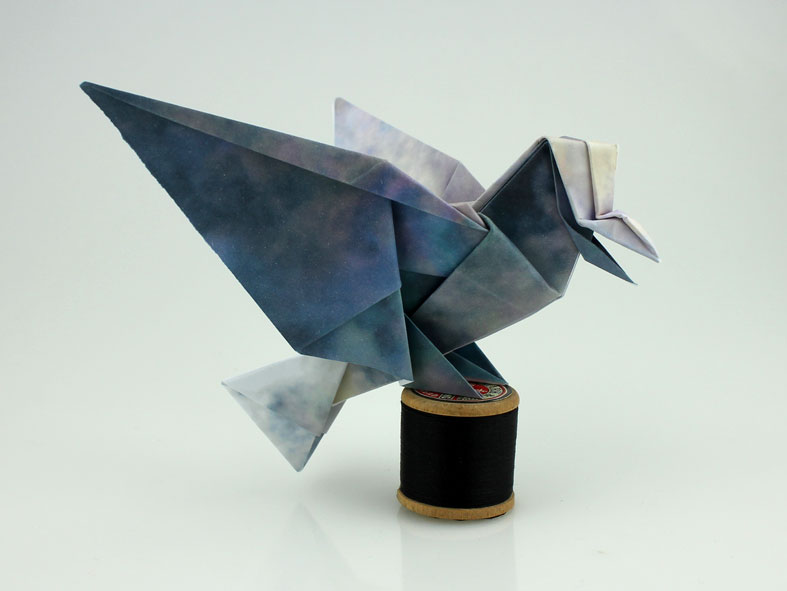 A bird, folded from a unique paper.

I am sure there is one model of yours that you would like to point out for us. Which one is it, and please tell us why you chose it.

Mark: My favorite model remains a flying goose that I designed when I was 12. It is a relatively straight forward action model with an elegant construction process.

Is there one last question I should have asked? Ask yourself, but don’t answer. Just let us know what the question is…

Mark: Origami has changed considerably in the last 10 years. What developments do you see happening in the next 10 years?

To really know a designer, you must fold his models. This model was designed by Mark at age twelve!!