Before folding the blintz, a single corner has to be folded ... and for that we need landmarks. In this article, we make a systematic review of the landmarks of the corner fold. 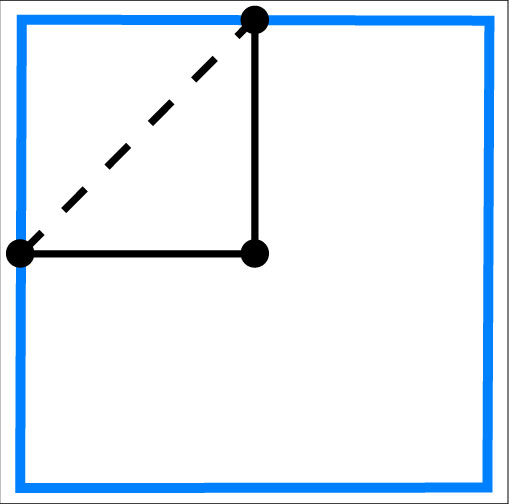 Folding a single corner to the center of a square seems simple. However, there are a large number of ways even this simple fold can be made.

Using a machine, one would press a score line and then fold the corner over that crease, maybe bending the material over a hard edge.

In origami, we need to construct some landmarks to which the corner can be aligned. The figure below shows the possible reference points for the fold. These may be the points where the crease touches the edge, the lines along which the edges of the folded corner lie or the center point of the square.

Luckily, all these references may be obtained via simple side-to-side or corner-to-corner folds,1 either by making entire creases or by pinching marks at the reference points. In addition to not using any marks and guesstimating the position, the following marks are possible: 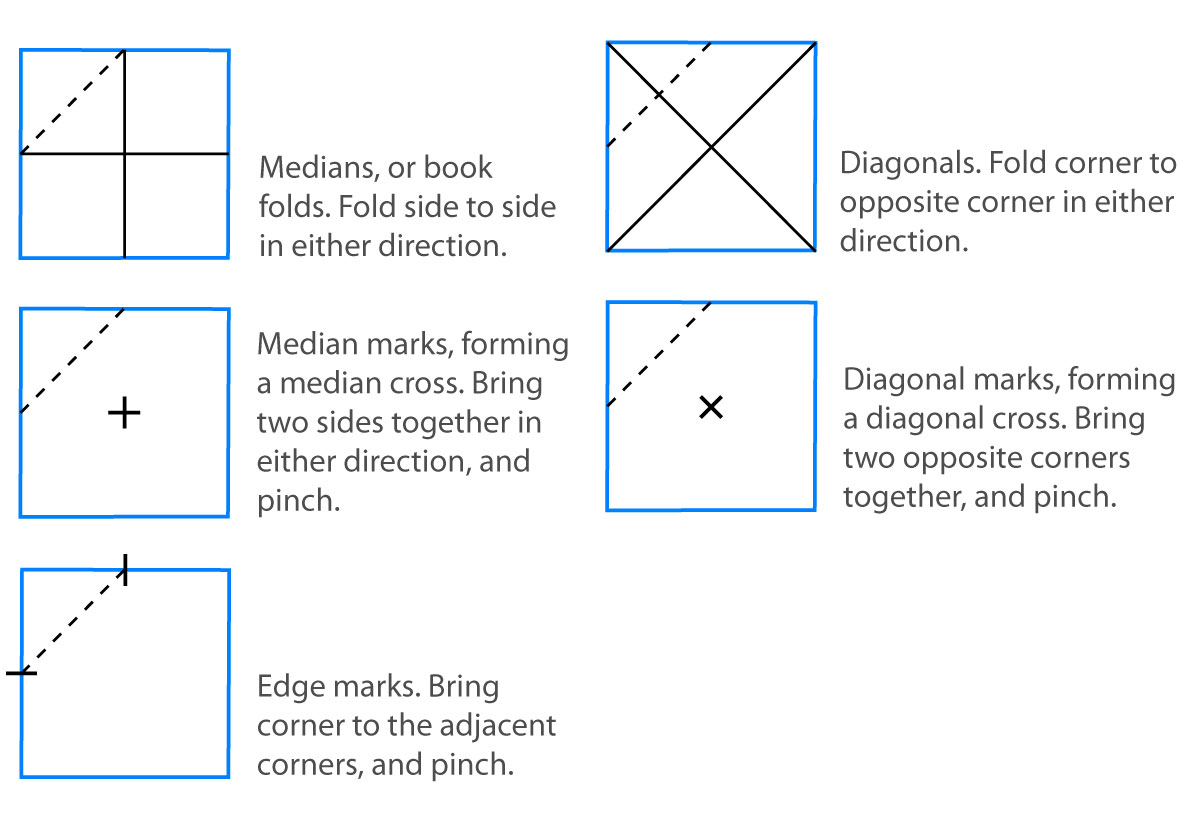 The five cases of two landmarks, easily constructed by folding, that touch one or more of the corner references.

There is one case with no marks and 10 cases with one mark. Then there are 100 cases with two marks, as depicted in the figure below. Altogether, there are 111 cases with at most two marks. In special cases, one might imagine the use of more than two marks, but for our purposes, we will stop the analysis with two. 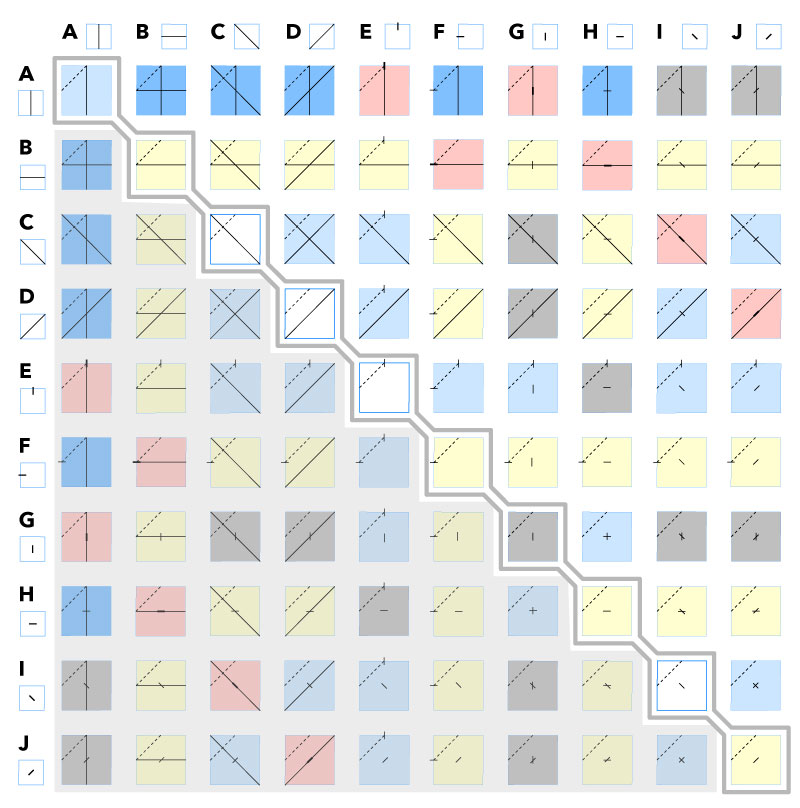 However, not all two-mark cases are meaningful.

The remaining 21 cases may be divided into underspecified (white, four cases), specified (light blue, 12 cases) and overspecified blue, 5 cases). The underspecified cases will seldom be used, but the other cases may have their use according to which crease one wishes to include or avoid in the final model. In particular, the medians (case AB) or the diagonals (case CD) are the most common, and almost always the ones diagrammed. However, experts will often use one of the other cases.

A special case is DD which is underspecified, but nevertheless used by some authors when folding the corner (not the blintz), for simple models where precision is not paramount, and instead the simplicity of the folding takes priority.

Another special case is ABCD, not in the table, in which both the diagonals and the medians are creased. These four folds appear in many models.

Finally, note that if one corner has been positioned, the other corners may use the first as a sufficient landmark. For instance, the minimal EG is enough to position all corners in a blintz, even if this landmark is insufficient to fold the two lower corners first.

There are indeed many ways to skin this neko. I've discovered a lot of tricks on my own, because I hate excess creases. There is yet another way using no crease marks.