The Complete Blintz Part 8: A Longer Masu Box by Grafting 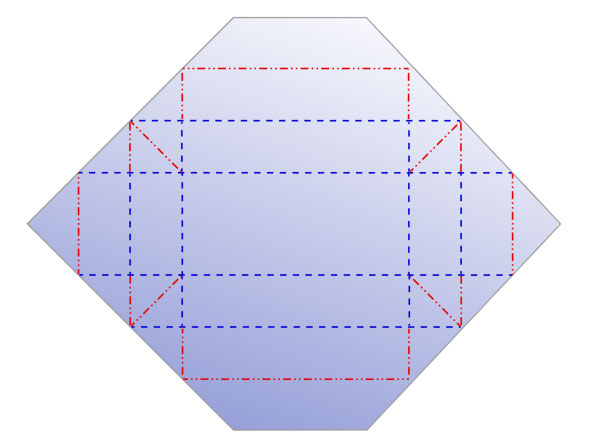 One way to change a model design is by grafting, that is by inserting extra paper into its crease pattern. We will see possible ways to graft the blintz and how this leads to a longer masu box. 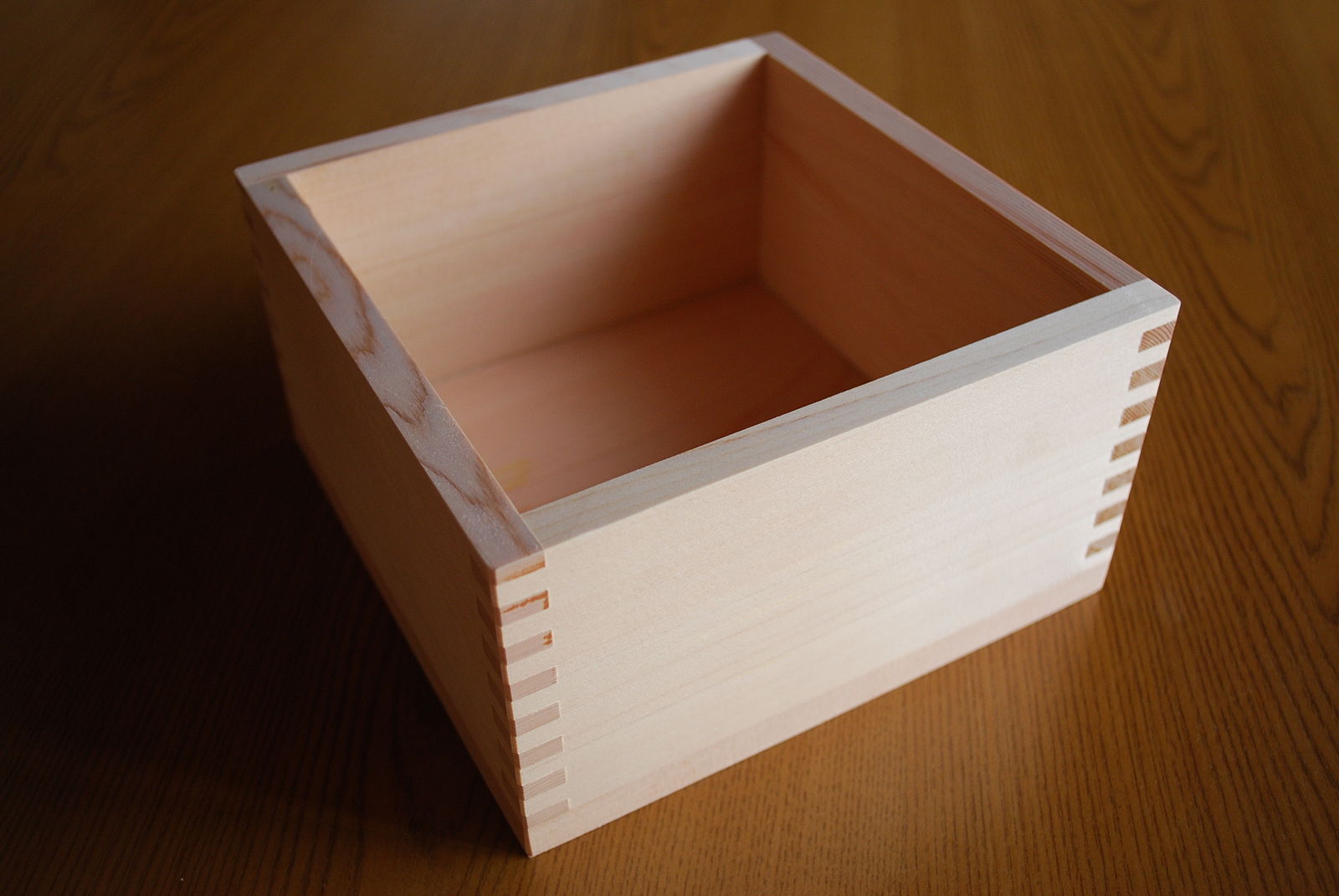 “Masu” is a Japanese word for measurement, and wooden masu boxes are traditionally used in Japan for measuring rice.2 The literal translation would then be “measurement box.”

As an origami model, it has become known as the masu box, a phonetic translation of マス, used in a 1931 Japanese book by Isao Honda.3 In his English “The World of Origami” (1965) Honda calls it a “box,” and states that it is of “the type for measuring rice.”4 Harbin (1956) calls it a “utility box” or “container.”5

David Mitchell observes6 that several European references are older, going back at least to 1864 where the Fröbelian-inspired Elise Calcar describes the model under the name ashtray (“Het aschbakje”).7

Thus, as with most traditional origami models, the origin is unsure, though it is useful to name it masu box as that is the widespread name today and seeing that ashtrays have gone out of fashion. 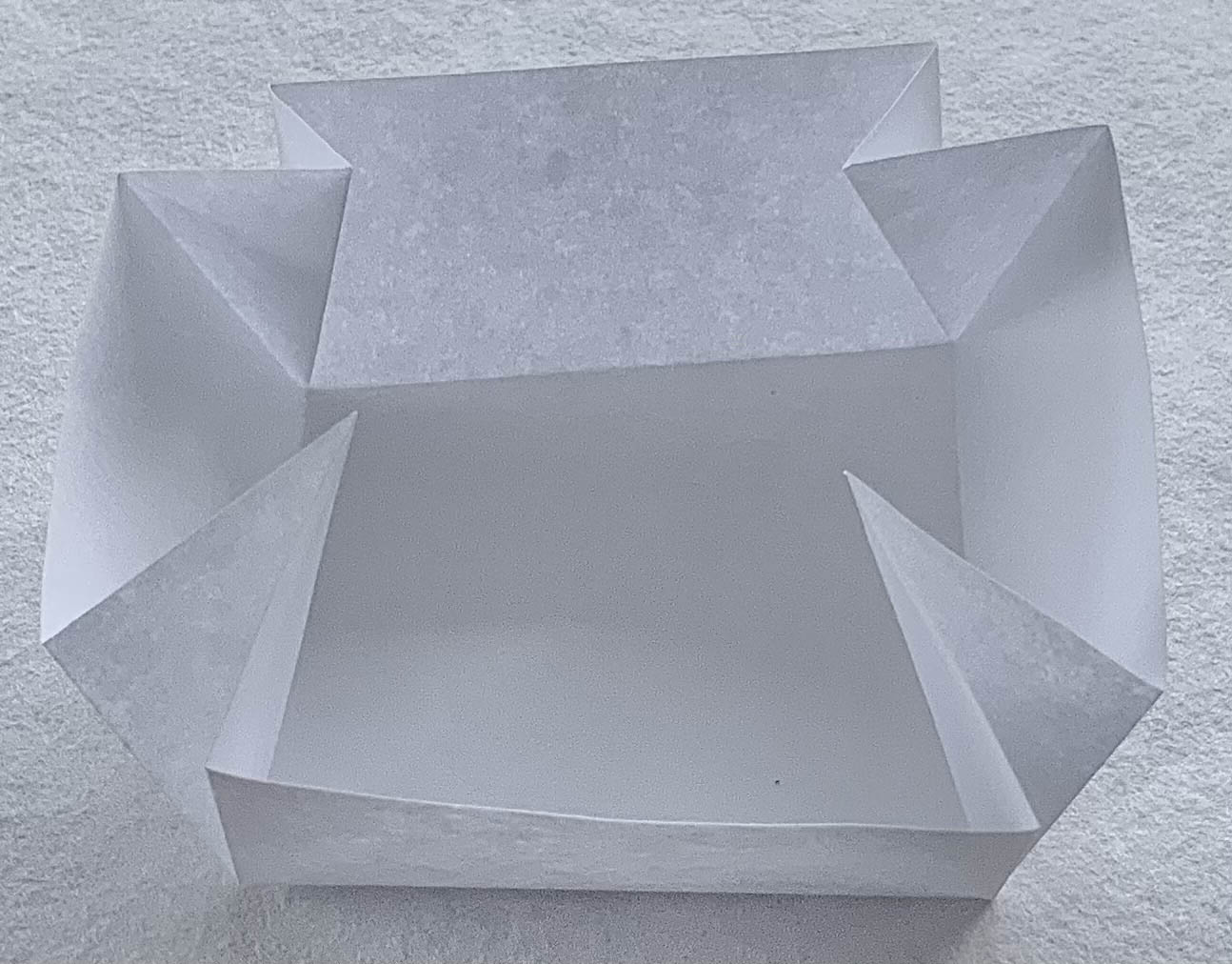 Left: The masu crease pattern. Right: The masu base - the square inside the blintz.

The masu box is a blintz model. As in the article Creating via Blintzing, we may view the masu box as “created” via blintzing the masu base.

The base is a “box” that does not lock together. The blintz provides the locking, as well as a reinforcement of the sides as the blintz effectively doubles the paper thickness. 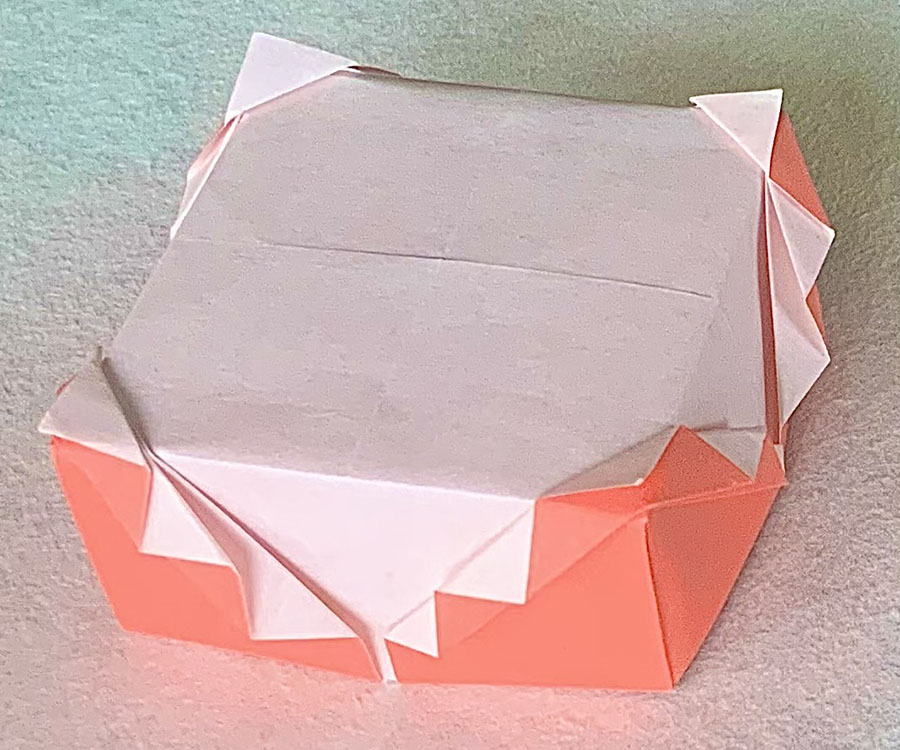 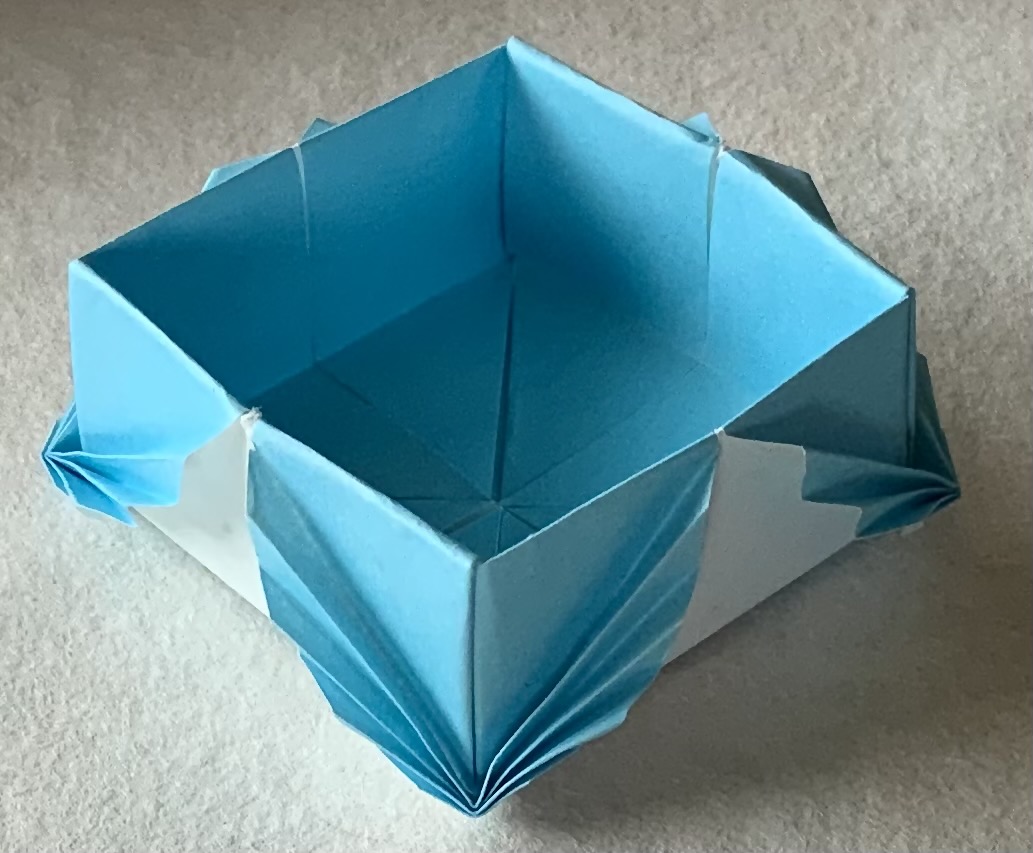 The masu crease pattern is simple and lends itself to variations. Indeed, Arnold Tubis and Leon Brown have a whole series of decorative boxes.8 In the rest of this article we shall see variations that appear via grafting.

Grafting Along the Medians9 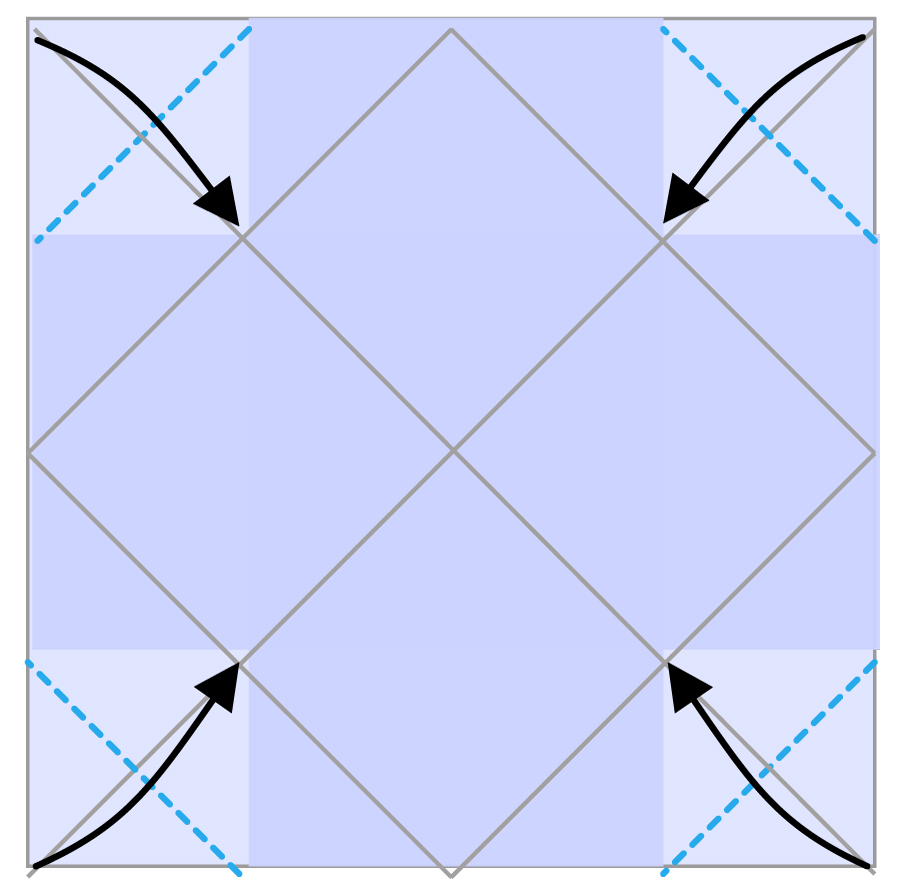 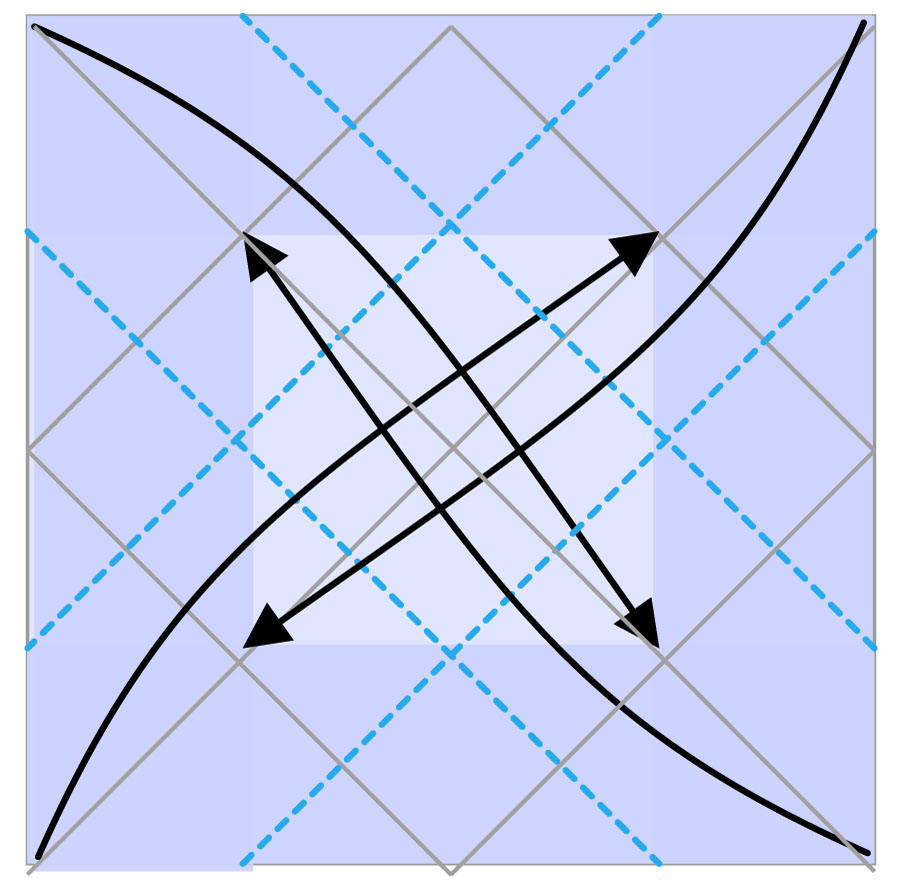 For the maxi-blintz, all four corners cannot be folded in at the same time without creating extra folds. Instead, fold and unfold one corner at a time, then use the creases later on.

The mini- and maxi-blintzes can be viewed as grafting extra paper into the standard blintz pattern. In the crease patterns above, the extra paper is indicated by a darker color.

The blintz and the mini- and maxi-blintzes can be seen as three instances of folding the corners along the diagonals. Marks between 0 and ½ may be called mini-blintzes, and between ½ and 1 maxi-blintzes. The standard blintz is at the ½ mark. At the mini-extreme, 0, the creases reduce to nothing; there is no folding. At the maxi-extreme, 1, we fold corner to corner. Doing the latter with all four corners and flattening gives us the square base.11 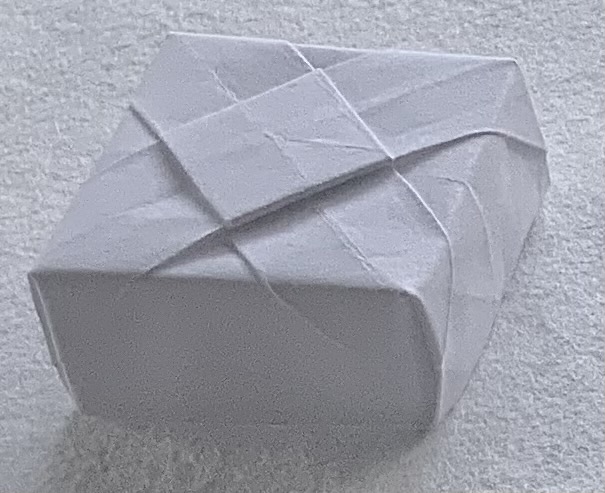 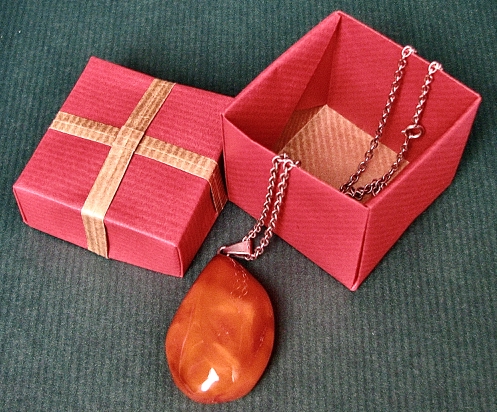 For the mini-blintz the grafting is along the medians. In the masu box this provides the excess paper that may be used for diagonal decorations. Mini-blintzes between the ⅜ marks and the 15⁄32 marks are convenient.

If, after the mini-blintz, we convert the graft into a band-pleat, and then blintz again to fold the masu box, we get the nice color change band we see in the lid above.

For the maxi-blintz the grafting is along the outer edge. In the masu box, the outer edge is positioned along the inside of the box, and there is no natural way to utilize the excess paper.

Grafting along the Diagonals 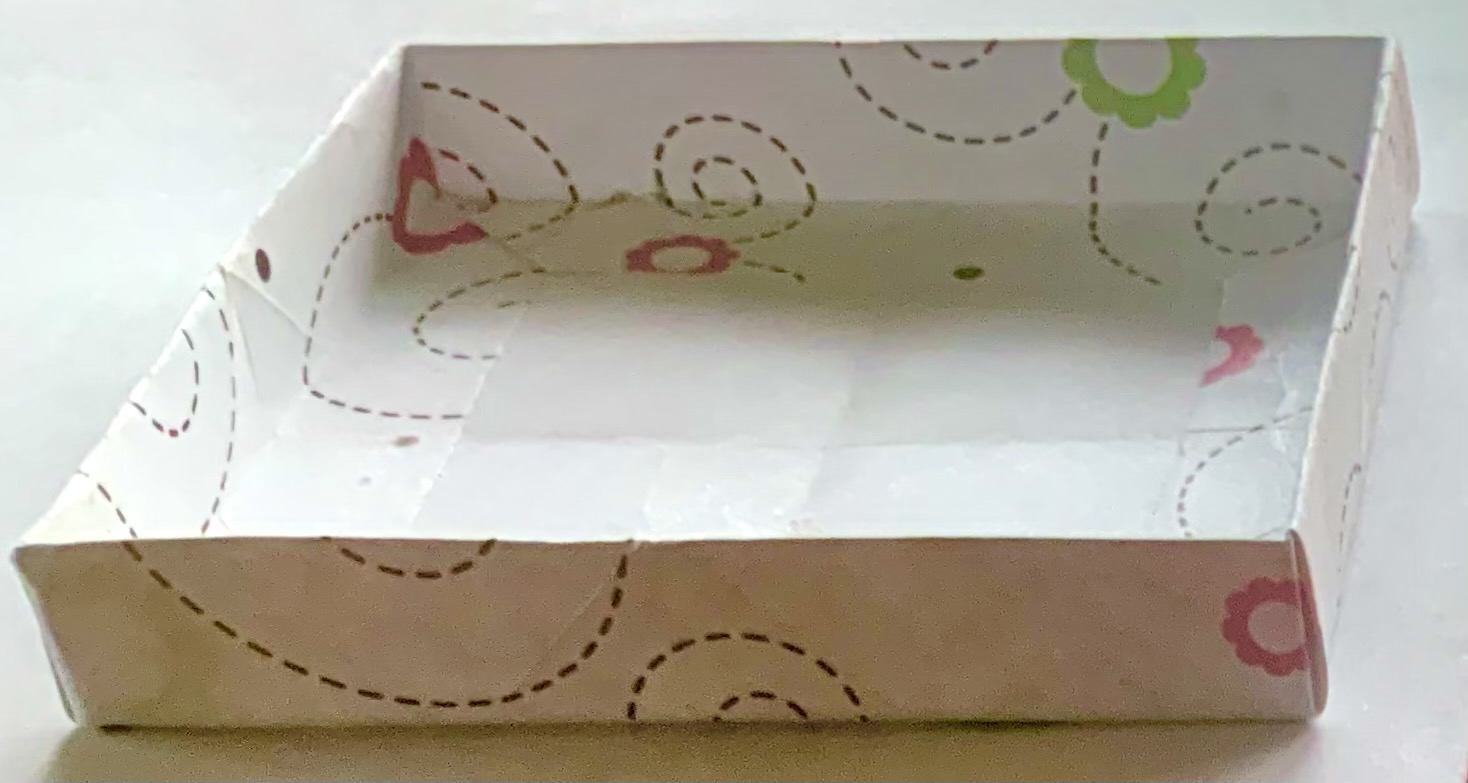 The masu crease pattern is also symmetrical in its diagonals, and we can graft these. Grafting results in a wider box with a square “hole” inside the lid where the back of the paper can be seen. Alternatively, the grafted section may be used for folding extra frills like the decorative band above. Because we have only one blintz, there is no color change this time. 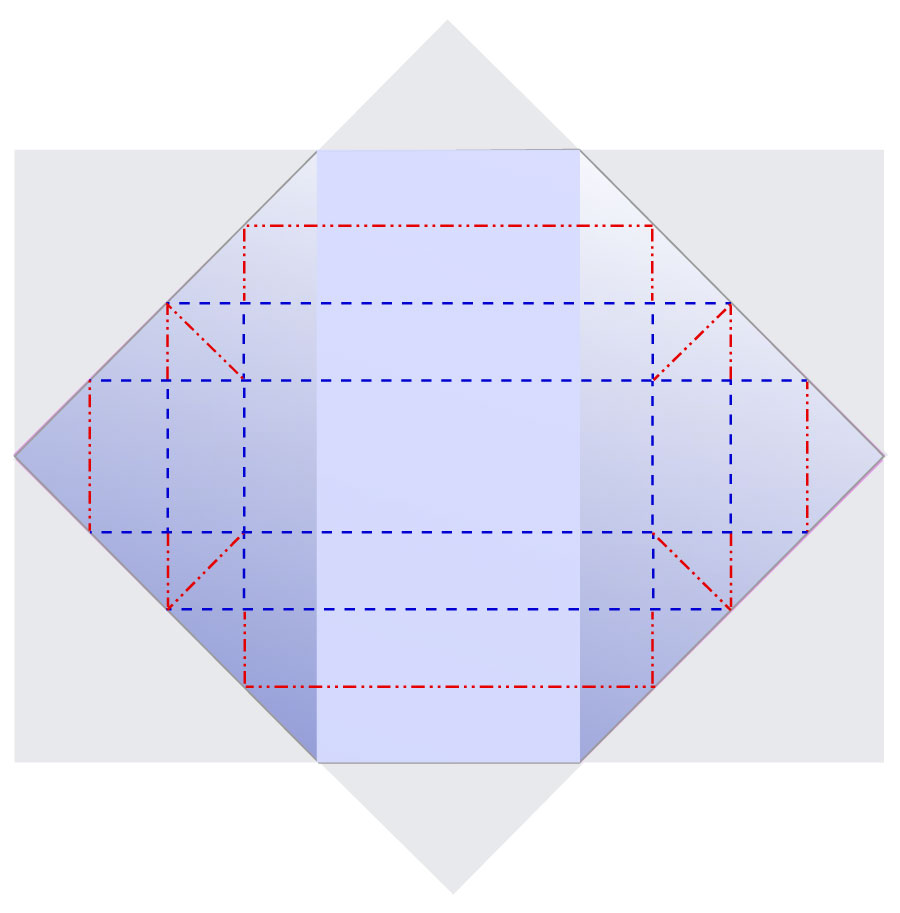 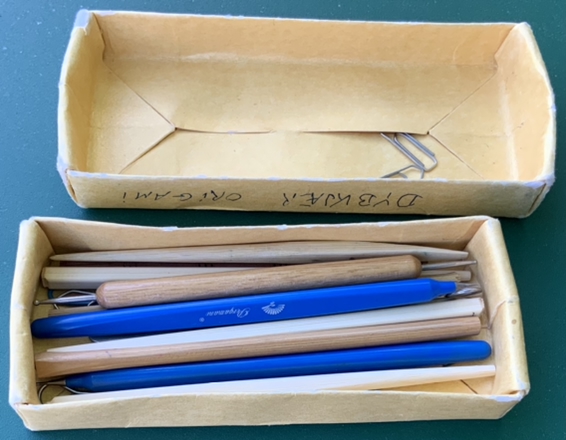 Left: Grafting along one diagonal. Right: A longer masu box, from A4.

The crease pattern of the masu box reveals that to obtain a longer box, we must only graft along one diagonal. Note how the grafting converts the square into an irregular hexagon. The gray triangles indicate the two possible ways to regularize the shape. By grafting the triangle corners on either two or four of the edges of that hexagon, we get back a square, or at least a rectangle, respectively.

The figure above depicts the situation where the rectangle is A4-shaped and the square is the square taken from A4. In any case, the two methods provide the same size box.

Instructions for a Longer Masu Box 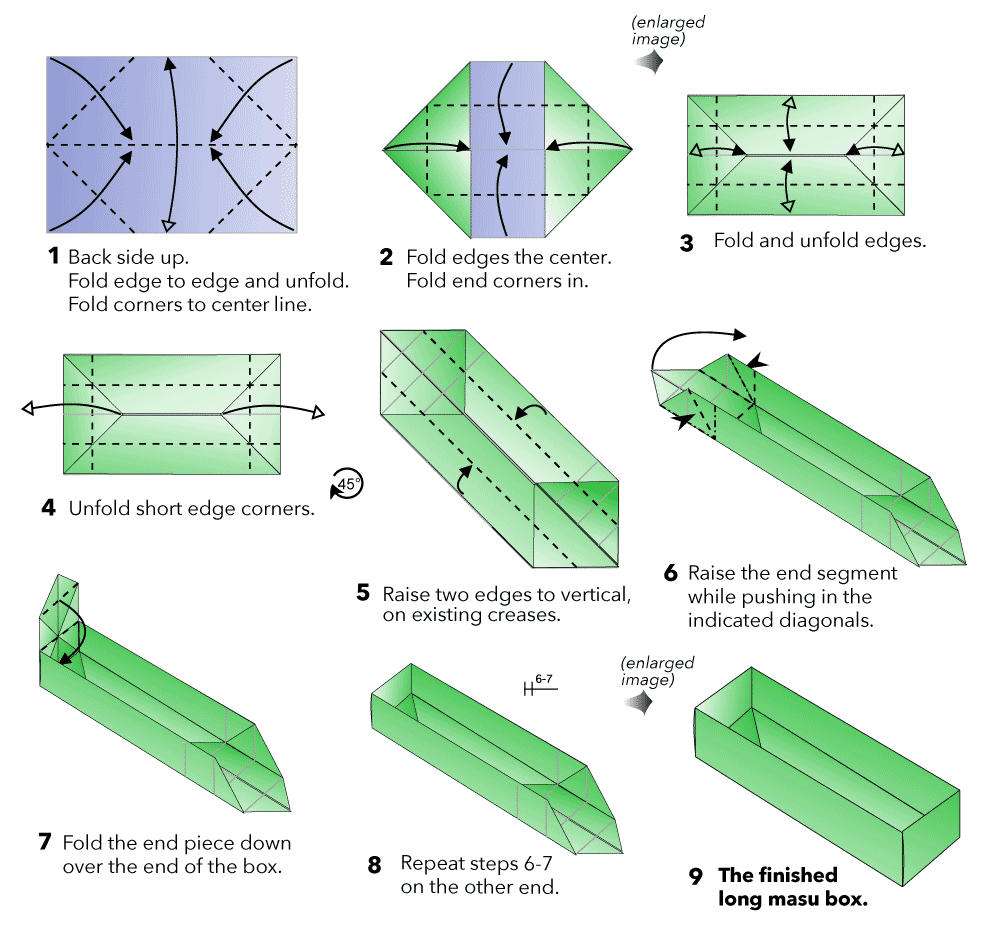 The instructions are also available as a download. See PDF diagrams.

6. David Mitchell: “The Blintz Box or Masu / The Winnowing Box,” retrieved 2021-07-28 July 28, 2021, https://www.origamiheaven.com/historyoftheblintzbox.htm. David’s history site is a goldmine of verified facts on the history of origami .[back]

9. The median is the line midway between two sides. [back]

11. Often called by the misleading name, “preliminary base.” [back]