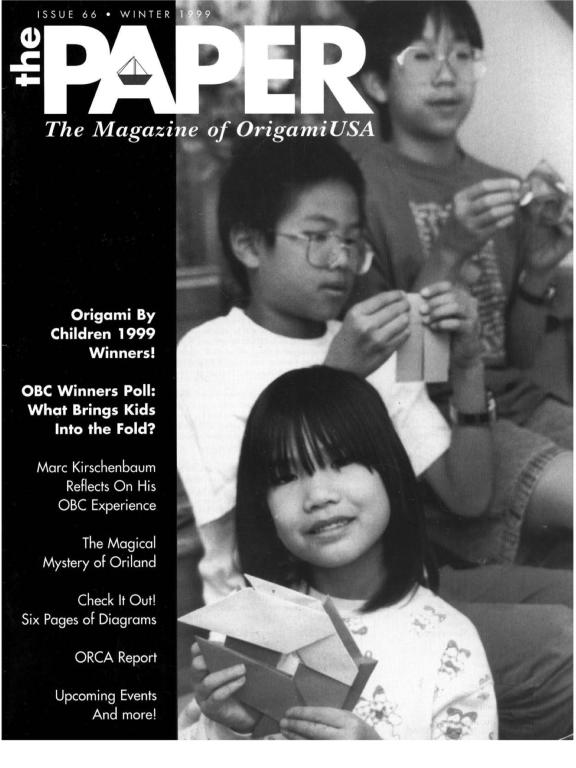 Emily, Brian and Daniel Kwan are a family of folders and 1999 Origami by Children winners. Perhaps teh caption should read: "The family that folds together - holds together." (Photo by Corinne McSpedon)