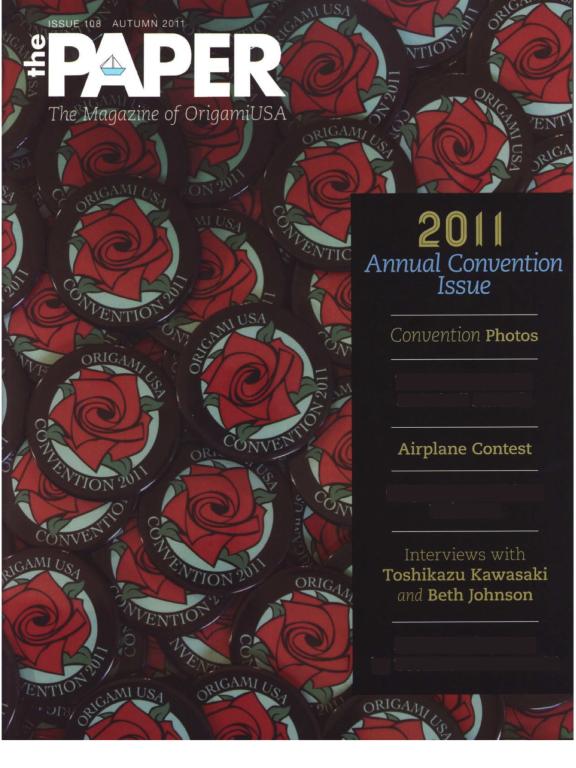 FROM THE 2011 OrigamiUSA CONVENTION 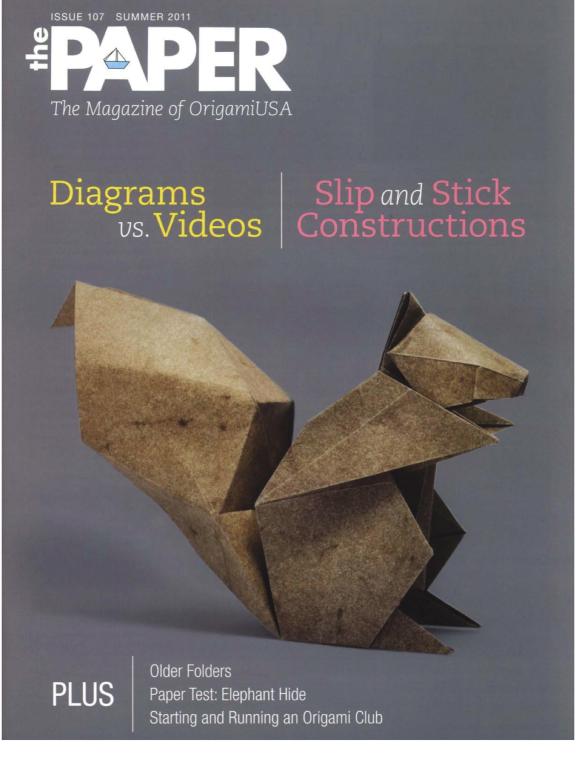 Squirrel created by Hideo Komatsu and folded by Emily Kwan, age 14. This model was selected for the 2011 Origami by Children exhibit. It shows beautiful folding skill that makes wonderful use of elephant hide paper. Emily is a long-time member of OrigamiUSA and participant in Origami by Children. Diagrams for the Squirrel can be found in the Origami Tanteidan 3rd Convention book published by Origami House. Photo by Sok Song, color correction by Nathan Zeichner 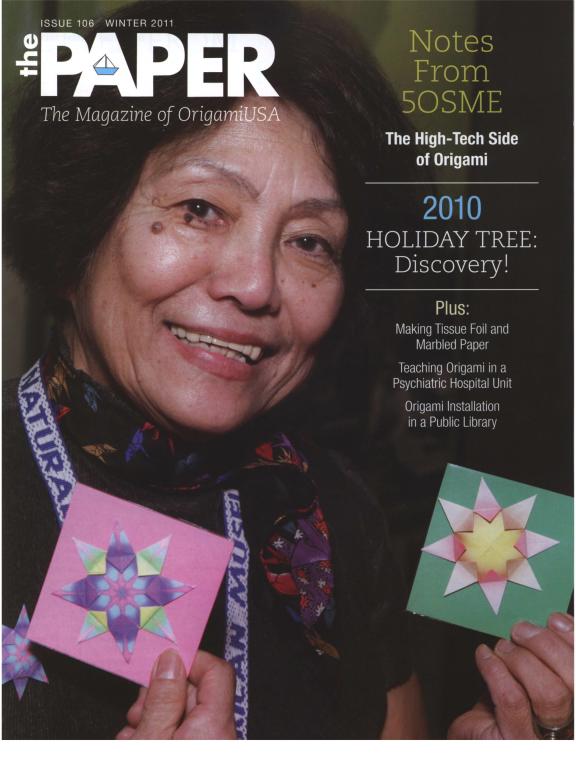 FROM OUR MEMBERS AND CONTRIBUTORS