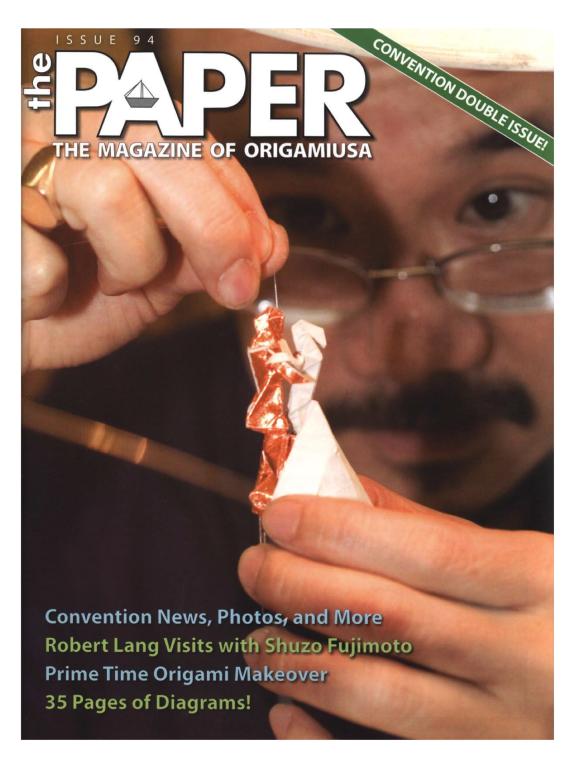 Tony Cheng (NY) concentrates on attaching his miniature models of Neal Elias's Last Waltz to a mobile at one of the Monday classes during the convention. Tony taught this classic model the day before. Photos: Susan Dugan.