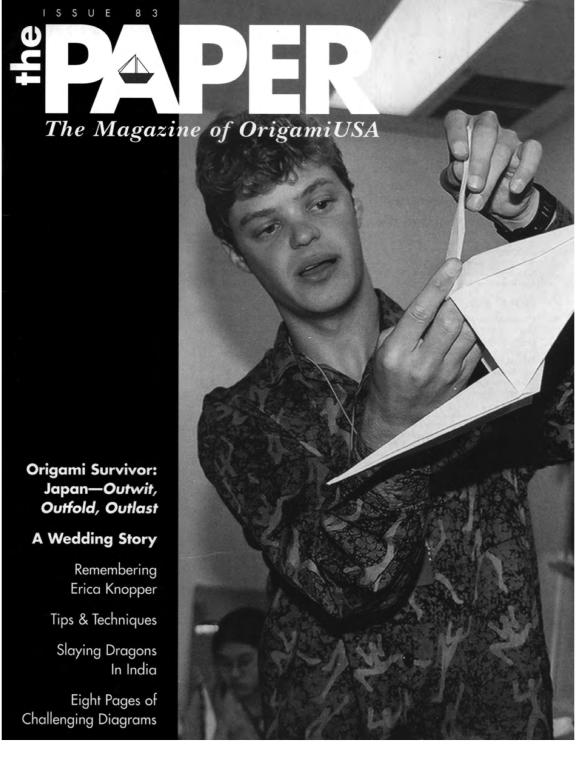 Jeremy Shafer (CA) is known the world over as an expert folder and patient teacher, but this world traveler, juggler, dancer, and performer recently put his quick-thinking skills to the test in an origami challenge like no other! (Story on page 4.) Photo by Susan Dugan (SC). 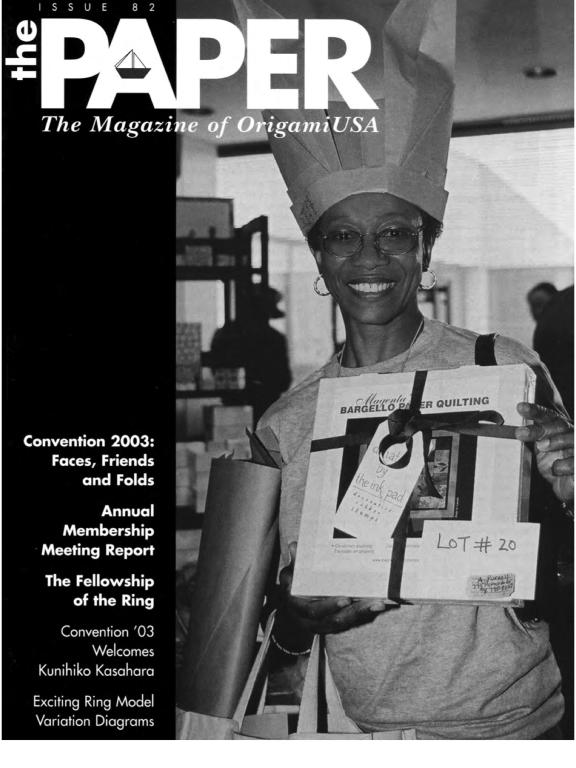 Almost 600 members from around the world attended OrigamiUSA Convention 2003. Everyone went home a winner, but some actually had prizes to boast as well. Annette Purnell (NY) exclaimed, "Look what I won at the raffle in the Gold Mine!" Photo by Susan Dugan (SC) 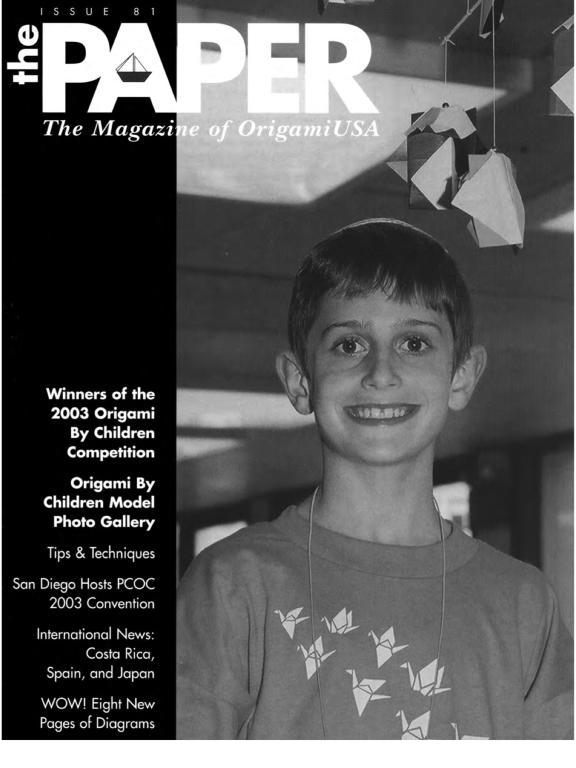 Chaim Metzger of Teaneck, New Jersey (photographed at OrigamiUSA's 2002 Convention) embodies the excitement and spirit of the young people who are hooked on origami both as a hobby and as an art form. Young Chaim, and thousands like him around the world, are the future of OrigamiUSA. In this issue, we salute some of the notable young creators and folders with the announcement of the winners of Origami By Children 2003. Photo by Susan Dugan (SC). 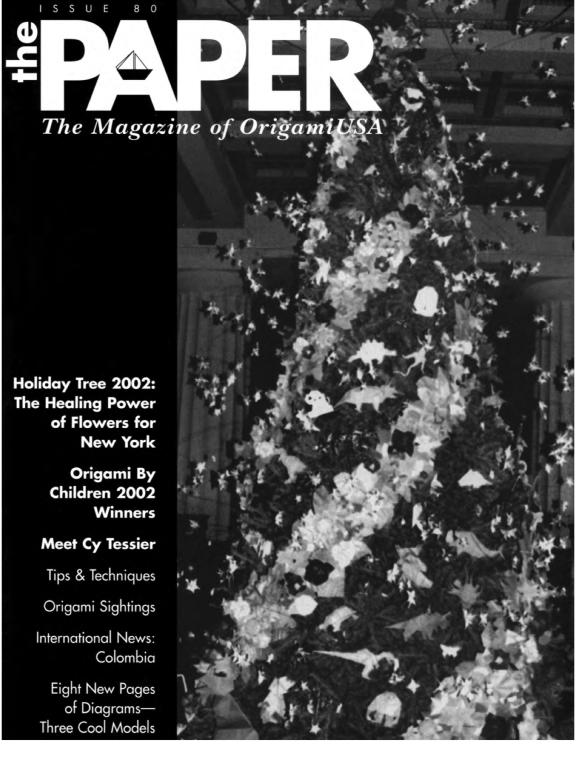 For three decades, our holiday tree decorated with folded ornaments has marked the beginning of the holiday at the American Museum of Natural History. This season's theme: the healing and rebirth of New York CIty after the tragic events of September 11, 2001. Four colorful garlands of over 3,000 flowers mixed with hundreds of animals, insects and dinosaurs adorn the 14-foot tree. Photo by Delrosa Marshall (NY). 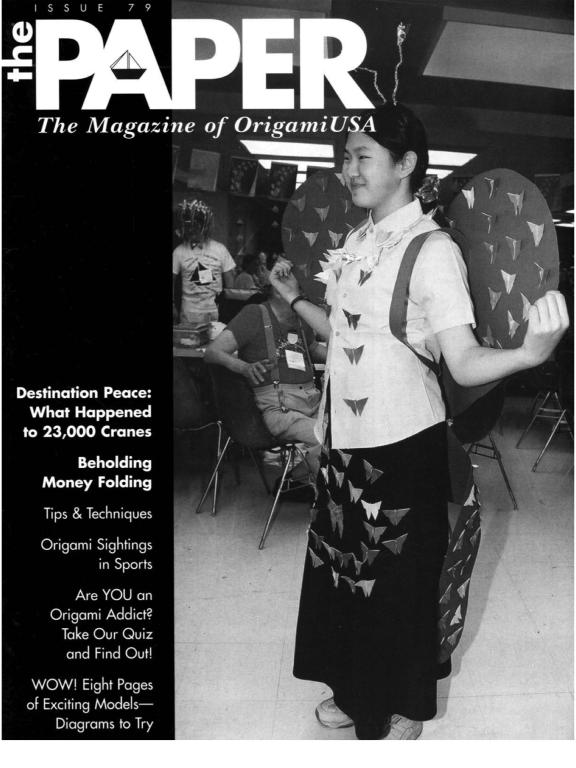