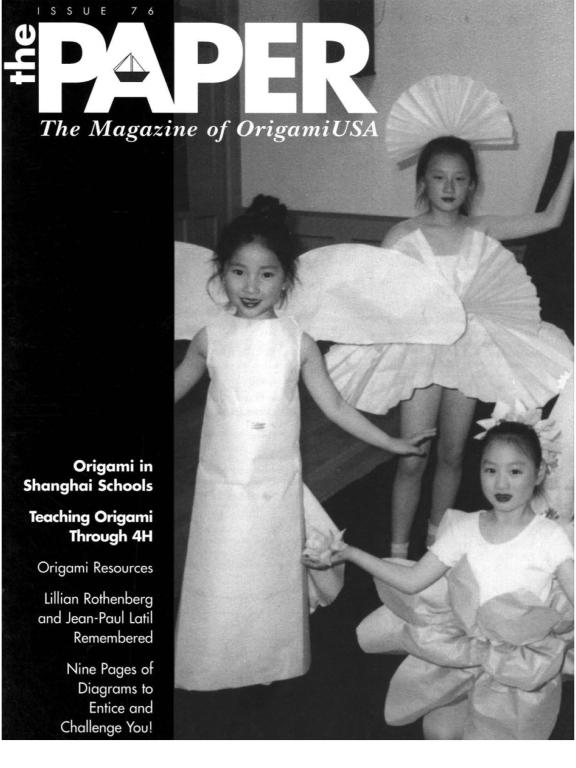 Children in Shanghai model origami fashions, part of program where origami is acting as a bridge between schools and the community. (Feature article begins on page 14.) Photo courtesy of Jinni Xu.